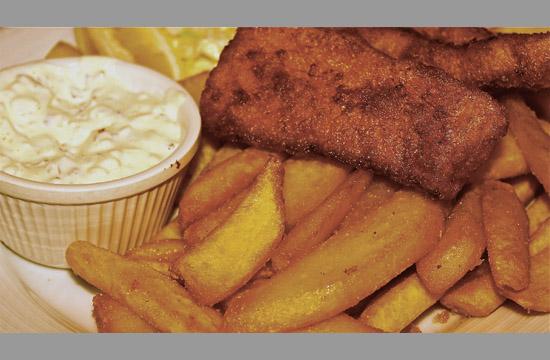 When it comes to Irish bars in Santa Monica, they don’t get more traditional than O’Brien’s Irish Pub & Restaurant on Main Street.

Patrons can throw down a pint of Guinness, lock in with Redbreast Microbrews, or increase the warm ride with an aged Irish whiskey.

On the outside, O’Brien’s looks like most other Irish bars, but inside it sets itself apart with traditional decor and live music seven nights a week.

A large crowd usually graces the bucketing pub each night to watch the show on leather bar stools. Others opt to watch sports on two large television screens.

O’Brien’s recently reinvented its food and drink menu in order to enhance its Irish theme.

It now joins the ranks of “chipper” Irish restaurants with the recent addition of Fish and Chips to its menu.

IronTom is one band that plays regularly and attracts large crowds to O’Brien’s.

“We’ve played during the week and it’s pretty good, but it is especially good on the weekends,” said lead singer Harry Thomas, who sounds similar to Matthew Bellamy of Muse. “We have a deep appreciation for classic rock. I call our music Nitro. Essentially, it’s rock. The odds of getting new people in to hear us are great because people are out and about anyway.”

IronTom’s music is a fusion of classic rock – a harder rock version of band Radiohead, but with the ambiance of the Doors embedded with Beatles styled melodies and a Jimmy Page sounding lead guitarist.

“It’s nice to come play here at O’Brien’s because they take care of us in the sense that there are no preconditions as to paying us and we get half off on food, and we get to make the night our own,” said keyboardist Dan Saslow of IronTom. “Opposed to a lot of other venues that will either expect you to have a certain draw, it’s just really laid back here.”

“It’s a nice intimate setting in the back room that cuts it off from the bar,” said lead singer and rhythm guitarist Remy Krumpak. “There aren’t that many legitimate venues on Main Street. If you want to have access to that crowd, O’Brien’s is a good place.”