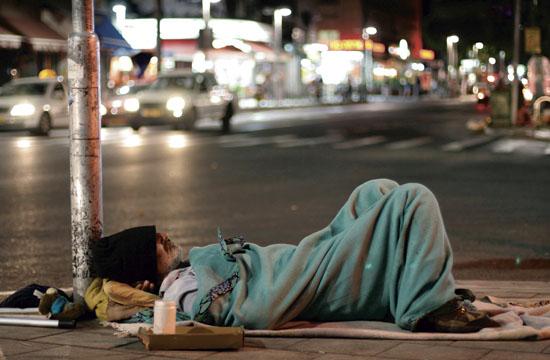 With 2012 weeks away, the Santa Monica Chamber of Commerce and City Hall’s Human Services Division are teaming up for the annual Homeless Count. To take place on Jan. 25, both the Chamber and City Hall are searching for volunteers to foot across the city and tally up the number of homeless individuals living in the city.

City Hall is required to conduct homeless counts every odd year in order to receive federal funding for homelessness programs from the U.S. Department of Housing and Urban Development.

However, the City of Santa Monica conducts the count annually to more accurately track the changes in homelessness and evaluate the success of local efforts.

In a meeting of the Chamber’s Homelessness Committee on Nov. 14 at Chamber headquarters, Human Services’ Natasha Guest outlined how the annual homeless count worked and how City Hall would execute the data collection event in January.

According to City Hall, there was no change in the number of homeless living in Santa Monica in 2011 when compared to 2010.

However, a two-year comparison of homeless data shows a 19 percent drop in homelessness in Santa Monica, City Hall reports.

“The count helps us track our data,” Guest said. “We can’t address a problem unless we have data to inform our policy.”

Guest said that Los Angeles County has about 50,000 homeless people.

“That’s people living without proper habitation,” she said, adding people who live in emergency housing, transitional housing, in their car, or on the streets are all considered homeless.

While the numbers are much smaller in Santa Monica, Guest pointed out the city needs between 200 and 250 volunteers to help count the city’s homeless, be it in a shelter or on the streets.

The Chamber has been active in promoting the homeless count and urging the Santa Monica business community to actively take part in the annual event.

As part of its Business Cares program, the Chamber’s Homelessness Committee not only connects local business with social service providers, but also specifically looks to bring in as many volunteers as possible when it comes to the annual homeless count.

“The Santa Monica Chamber has been a proud partner of the homeless count for several years now,” Chase said. “In helping recruit volunteers, we extend this opportunity to the business community as an excellent way to connect employees with one of Santa Monica’s most important community service events.”