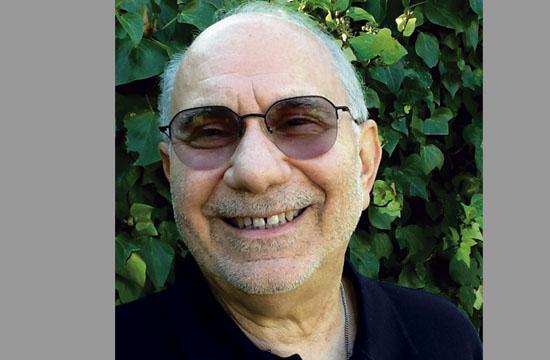 “I always think of Santa Monica as a livable and sustainable community with a slow and thoughtful approach to growth, maintaining its small scale, minimizing auto traffic, and supporting biking and walking,” said Paul Rosenstein, two-time City Council member, former Mayor, former member of the Planning Commission and of the Pier Board and one of the founders of Mid-City Neighbors.

Paul moved to Santa Monica in 1982. His day job was as an electrician. He was a member of the IBEW (International Brotherhood of Electrical Workers). In 2000, when Paul finished his second Council term, he took on the more than full-time job of Political Director for the IBEW, moved on to be a national representative for the AFL-CIO and then on to work with the Coalition of Unions at Kaiser Permanente, where his job focused on improving the quality of health care.

It was a series of demanding stints and when he retired in August 2009 he was able to turn his attention to his own neighborhood and to the City. He began going to the community meetings on the LUCE (Land Use and Circulation Element) to learn what was being planned for the future of Santa Monica.

“Overall, I was impressed with the ideas and the goals of the LUCE. At the same time the scale and the amount of development in the industrial area concerned me,” said Paul.

“I saw the City as hustling people and people in the neighborhoods as not knowing what was coming down. By that I mean that the City is in transition, many projects are being proposed, and notification is neighborhood-by-neighborhood, project-by-project, but only to those who live within a 500-foot radius of the proposed project. So lots of people who will live with project impacts are not notified. There is no requirement for citywide notification even though the cumulative effect of the many projects currently being considered will be citywide.

“I saw this as a problem when I was on the Council,” Paul said. “At that time, I had proposed that the larger the project the wider the notification area should be. But the idea to expand the notification rules was not adopted and it continues to be an issue.”

He said it took him some time to get up to speed on the LUCE proposals.

“When I began to figure out the scope of what was coming, I got up at the LUCE meeting at Virginia Avenue Park and asked why we were encouraging more commercial development as there are already several thousands of people working in the City who get caught, daily, in backed up traffic on the 10 (Freeway),” he said. “I asked if it wouldn’t make more sense to build housing so people who worked here could live here.

“By the way, to make it sexy, commercial development in the industrial district was renamed as creative arts office space. It sounds idyllic and sounds like a lot of small businesses, supported by neighborhood uses such as cafes and coffee shops, really it is a lot of commercial development that will bring an excessive amount of traffic into Santa Monica.”

Paul said the LUCE goal of no net new traffic was good.

“I feel very strange raising all these traffic issues because that is the issue for the anti-growth people and I’m not anti-growth, but I am for being reasonable,” he said. “I also want us to look carefully at the Civic Auditorium development. There’s an advantage to remembering past promises. The parking structure on Fourth St. was built to replace the parking slated to be lost when the civic center lot was planned to become Civic Auditorium Park. But that park has dropped off the planning table. And the company that has the contract to develop the Civic has insisted on a minimum of 100 spaces adjacent to the auditorium. What happened here?”

Paul has lived in Santa Monica for 29 years. His parents lived here and were active members of the community. He is married to Ada Hollie, an educator and a member of the Santa Monica City College Emeritus College Executive Council.

Paul was at the first meeting of Mid-City neighbors and spent 14 years getting to know the City through his neighborhood activism and his public service. What he calls, “learning the ropes.”

“Through these experiences I learned how to build consensus,” he said. “It can be difficult to make decisions where there are competing issues, and there is usually more than one side to any issue, but the community must be able to have a say in the protection of the city. I support the goals of the LUCE but want to help make sure we don’t kill the golden goose.”

Now, Paul, once again, is offering to serve on the City Planning Commission. He has submitted his application to the Council for their consideration and, he hopes, approval.

His willingness to serve and his understanding of the community will make his voice an important addition to the Commission. Paul speaks for many Santa Monicans when he says, “Santa Monica is an urban village, having the benefits of a village and the amenities of an urban environment and that’s what I want to protect and promote.”