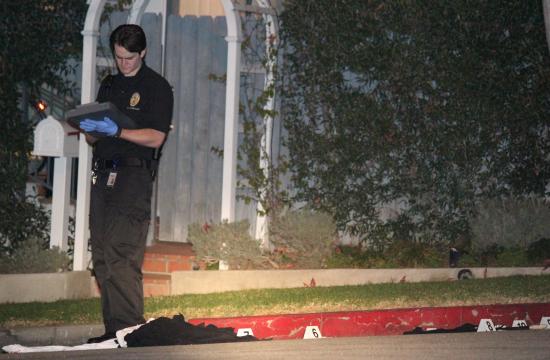 Santa Monica detectives have been working around the clock with two high profile cases this week – an attempted kidnapping of a 17-year-old girl on Sunday and a “gang-related” shooting of a 16-year-old male Samohi student on Tuesday.

SMPD Sgt. Richard Lewis said the department had a large investigative bureau with the cases split up between detectives.

“In these cases, both would have gone to the robbery/homicide unit and they did have assistance from our investigative youth services unit as well,” Lewis said. “They worked together as a team to accomplish the same goals.”

The attempted kidnapping happened at about 8:42 a.m. on Sunday. The 17-year-old girl was walking eastbound in the 2900 block of Pico Boulevard when she was suddenly grabbed by a male suspect standing next to his vehicle.

The suspect attempted to force the victim into the vehicle, and a struggle ensued. The teenager managed to free herself and ran into a nearby restaurant for safety.

The suspect sped away in his vehicle southbound on 30th Street.

The teenager suffered minor injuries and was treated at a local hospital and later released.

At about 1 p.m. on Tuesday, police responded to a radio call regarding a suspicious man in the 800 block of Ocean Park Boulevard, who was knocking on doors to various residences.

As officers were checking the immediate area, they observed an older model Toyota Previa Minivan that matched the kidnapping suspect’s vehicle on Sunday.

“The driver was detained and during the subsequent investigation, he was identified as the suspect in the attempted kidnapping,” Lewis said.

The kidnapping suspect, Jefferdick Joseph Vega, a 29-year-old resident of Los Angeles, was placed under arrest and transported to the Santa Monica jail where he was booked for kidnapping, vehicle theft, and a parole violation. He is not eligible for bail.

Soon after processing Vega, the SMPD received calls of a shooting on the 500 block of Pacific Street at about 3:25 p.m.

Lewis said the victim was a 16-year-old male Hispanic student from Samohi, who was transported to a local hospital. The teenager is currently still in hospital recovering from surgery in a stable condition.

Lewis said the shooting suspects are two male Hispanics in their 20’s who were driving a late model dark color SUV, possibly a Honda or a Kia Sorrento.

“Based on the investigation so far, it does appear it’s going to be gang-related,” Lewis said. “We’re not saying the victim is a gang member or anything like that, but it’s going to be a gang-related shooting. It’s not a random shooting that residents need to be fearful for their children.”

Based on witness accounts, Lewis said there was going to be some sort of altercation, but before it evolved into a fight, a gun was produced and the student was shot several times.

Anyone with information is being urged to contact the Santa Monica Police Department at 310.458.8495.