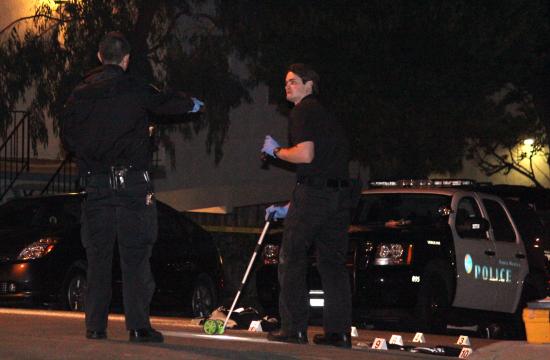 A Santa Monica High School student is today recovering from surgery after he was shot at about 3:25 p.m. Tuesday in the 500 block of Pacific Street.

The 16-year-old student was transported to a local hospital in a stable condition immediately after he was shot in the chest, according to SMPD Sgt. Richard Lewis.

The suspects are two male hispanics in their 20’s driving a late model dark color SUV, possibly a Honda or a Kia Sorrento, last seen southbound from Pacific, Lewis said.

Lewis said it was too early in the investigation to confirm whether the shooting is gang-related.

Anyone with information is being urged to contact the Santa Monica Police Department at 310.458.8495.