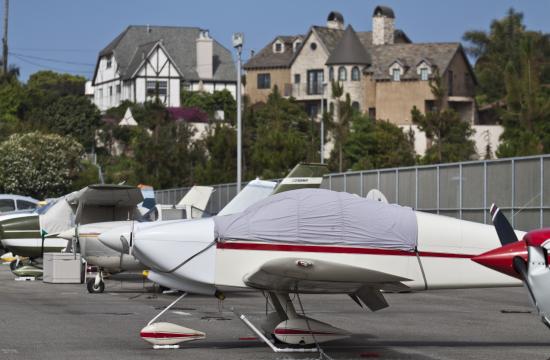 The agreement is in response to community concerns and in recognition of the negative noise impact of night pattern flying activity.

Under the voluntary restrictions, renters and instructors will not fly repeated takeoffs and landings in the pattern at Santa Monica Airport after 8 p.m. during Pacific Standard Time (November to March) Monday through Saturday.

The Airport currently has a night departure curfew.

No takeoffs or engine starts are permitted between 11 p.m. and 7 a.m. Monday through Friday, or until 8 a.m. on weekends and holidays.

Exceptions are allowed for bona fide medical or public safety emergencies only. Additionally, the Airport has a voluntary night arrival curfew.

Although arrivals are permitted 24 hours per day, pilots are requested to avoid all operations between 11 p.m. and 7 a.m. Monday through Friday, or until 8 a.m. on weekends and holidays.

They may still fly during those hours, but it would not be repeated takeoffs and landings in the pattern – it would be just one take off and flying elsewhere and then one landing upon their return.

These voluntary restrictions will allow sufficient hours for training at Santa Monica Airport to meet the demands of night currency required by the Federal Aviation Regulations and at the same time reduce the amount repeated takeoffs and landings at hours that are more likely to disturb our neighbors.

Los Angeles' only non-Profit Cat Cafe has a new ‘Catio’ where you can enjoy a beverage and the company of...