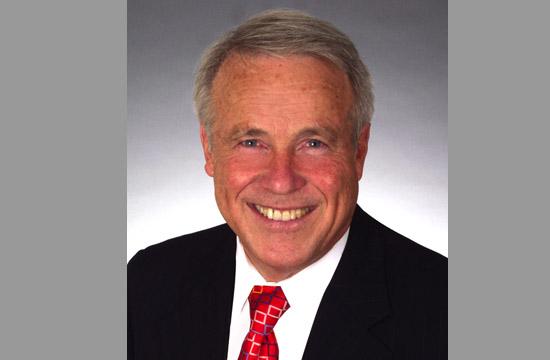 Prior to moving his practice to Santa Monica, Larmore spent almost 30 years at large law firms in downtown Los Angeles, the last 10 of which were with Pillsbury Madison & Sutro where he co-chaired the national real estate practice.

Larmore has also worked in Washington, D.C. as a staff attorney for the Federal Reserve Board and served as a law clerk for Judge Shirley M. Hufstedler in the United States Court of Appeals, Ninth Circuit.

As a Santa Monica resident for more than 35 years, what have been your highlights participating in civic affairs?

The real highlight has been all of the people I’ve met over the years. If I hadn’t been involved in community and political matters, I would still be working in downtown Los Angeles with little knowledge of Santa Monica and its fascinating residents.

The two most memorable political campaigns were the first and the last. In 1983, I joined with many Santa Monica homeowners and other residents to form the All Santa Monica Coalition, which swept three Council seats in a major upset. Last year I co-chaired the campaign to pass Propositions Y and YY which, thanks to the leadership of City Manager Rod Gould, will help provide desperately needed funding for our local schools.

In addition to politics, my involvement with the Chamber, as a member of the Executive Committee for many years and as Chair, it opened up a new world of people who make the City function as it does. I’m enjoying my service on the School District’s Financial Oversight Committee because of the fiscal challenges presented to local public schools around the State.

As a specialist on real estate matters, I understand you regularly speak and write on related topics. Can you give us some examples?

My primary area of expertise is real estate related transactions – purchasing and selling real estate, financing construction, and other lending arrangements, and commercial leasing. Over the years, I have lectured on various legal and practical issues presented by these transactions. For three years I was an adjunct professor in a graduate program at USC covering legal issues relating to real estate development. For a UCLA graduate, this was a bit of a challenge, but the students made it an enjoyable experience. I also gained an appreciation for the amount of work required in order to be an effective teacher.

What type of practice areas does your company offer?

Virtually all of our practice involves real estate matters. Most of our business is in the land use arena where we advise property owners in dealing with government, frequently the City of Santa Monica, but also other cities as well as State and Federal agencies such as the Alcoholic Beverage Control Board and the Coastal Commission. While I get involved in these matters on occasion, my transactional practice generally keeps me busy. For example, we represented one of the major landowners of the 52,000 square foot parcel at the corner of Fourth and Arizona, which the City’s Redevelopment Agency acquired last year.

Why did you decide to go in business for yourself?

During the 1983 election, I met and worked closely with Chris Harding. He and I worked on various other campaigns and land use matters over the years so when I decided to leave the world of large downtown LA law firms in 1999, joining with Chris and his partners was a natural step. It has been a delightful change for me to have an opportunity to live and work in this vibrant city.

Harding Larmore Kutcher & Kozal, LLP has represented hundreds of clients before the Santa Monica City Council, Planning Commission, Landmarks Commission, and Rent Control Board. How have you dealt with regulations proposed and adopted by the City?

Very carefully. We try to follow developing issues important to our clients and provide feedback as significant land use measures are being considered. A good example is the recently adopted Land Use and Circulation Element. Our firm participated in many of the workshops held by the City and provided extensive comments as the drafts were being discussed by the Planning Commission and Council. Once new regulations are adopted, we advise clients of the likely impact. Understanding the regulations and, more importantly, the public policy which underlies them, is a way we provide value to our clients.

As a member of the School District’s Financial Oversight Committee, what was your opinion of the recent Board decision to centralize fundraising with the Education Foundation?

Naturally, the FOC’s major concern revolves around maximizing revenue to the District and spending it wisely. At the same time, I fully recognize the concerns about the great disparity in the amount of money currently raised by individual PTAs and booster clubs. While some see these two concerns as being in conflict, I see an opportunity to greatly enhance the overall fundraising for the District while maintaining a high level for each individual school. But it will be critical that the Education Foundation be able to move, not only the next level, but several levels above that, and I believe this will take some time. So while I strongly support the centralizing fundraising policy and the Board’s action to adopt it at this time, I’m concerned that there is insufficient time being given to the Foundation. I’m hopeful that this approach will result in a strong community-wide effort, which will result in a substantial increase in funds available for additional staff at each school rather than being seen as a zero-sum game in which some schools suffer a loss of funds.