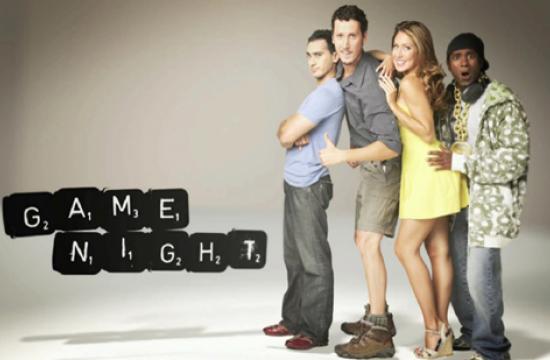 The Australian invasion of Hollywood has moved from the silver screen to your desktop with the release of the original dramedy web series Game Night.

The Australian-American co-production has just launched its second season, which revolves around four dysfunctional 20-somethings and their quirky lives as told over their weekly game night.

Created by Ashwin Gore and Rajan Velu and financed by Los Angeles-based Soft Feet Productions, the show is a blend of Australian and American humor with a touch of Bollywood thrown in for spice.

“We kept hearing that Aussie humor is so different from the way they do it in the States, so we took it as a challenge to show that the two can work side-by-side,” Velu said.

With two of the leads being of East Indian decent, there was an opportunity to add a unique cultural element.

“We both grew up watching Bollywood movies, so we were inspired to bring some of those concepts to the world of web series,” Velu said.

The opening sequence of the second season pays homage to the beautiful and sweeping romance of Bollywood cinema.

Concepts like arranged marriages, strict parents and even wacky Indian remedies also feature, according to Gore.

“The show really is east meets west meets down under,” Gore said.

After a successful first season, which won accolades and nominations from the LAWebFest and StayTunedTV Awards, the producers decided to revamp the show to create a higher quality second season.

For season two, Ashwin Gore and Rajan Velu joined forces with angel investor Kylae Jordan, to bring together the best equipment and crew to take the show to the next level.

While the second season is a much bigger production, the show still revolves around the characters’ real life experiences.

“Many of the funny ideas and stories for the second season still come from the list we started writing when we first moved to LA,” Gore said.

The list Gore refers to was written on the back of a grocery receipt and includes their funniest and fondest experiences.

“I guess that receipt became the unofficial go-to guide for the show,” he said.

Gore said the goal of the series was simple: to get people in Australia, America, India and around the world to laugh and maybe even start their own game nights.

The first two seasons of Game Night can be viewed at http://www.gamenightseries.com and youtube.com/gamenighttheseries.