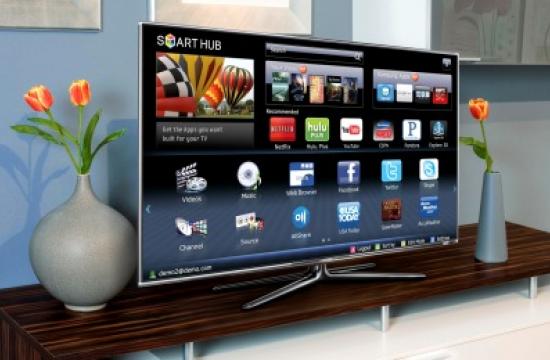 Welcome back for the second in our ongoing tech series.

Last week we discussed the new Organic LED TVs demonstrated at the Consumer Electronics Show in Vegas. These TVs will debut soon, offering deeper blacks and sharper colors, with LG likely leading the pack. If you caught the online content, you saw some video and got some additional techie details. This week we’re going to look at some of the other TV technology developments that are expected to debut this year.

Smart TVs, also known as Internet-enabled TVs, allow online services such as YouTube, NetFlix and Hulu to be viewed without the need for an add-on box like Apple TV, Roku or an Internet-enabled BluRay player. Simply plug in an Ethernet cable or connect to a Wi-Fi network, and online video pops right up. Several TVs are already on the market, but the newer units will feature more content partners, easier configuration, and better pictures. Samsung even demonstrated a TV that takes a low-quality video image and gives it a digital makeover, smoothing the blotchiness that usually happens as a byproduct of compression. Until now, this processing has mainly been the purview of high-end computers with dedicated video cards.

Ever since 2008’s Avatar made 3D relevant again, Hollywood has been pumping 3D content like mad. I haven’t been a big fan because of the glasses – try putting those things on over a pair of regular glasses and “enjoy” a movie. Nice try. Some people even get headaches or feel nauseous. To address these concerns, companies parade their latest version of glasses-free 3D. Last year’s demonstrations were interesting, but nothing to rave about. This year we saw incremental improvements from major vendors like Sony as well as numerous small shops trying to break into the market.

Sony’s glasses-free TV looks OK, but I was really impressed by their all-in-one computer that uses the built-in webcam to track a user’s head movement. It adjusts the 3D effect depending on where your head went to create a much-improved experience without glasses.

Toshiba is launching a glasses-free 3D TV that uses a similar head tracking technology, while also displaying four times the resolution of other HDTVs on the market. The version that debuted overseas sold for $10,000. This is a top-tier technology that we’ll continue to hear a lot about over the next few months.

On the less-than $10,000 scale, more 3D-enabled tablets will be hitting the shelves throughout 2012 as well. The big question in my mind is whether any of it works well enough to care about.

Sony has new television technology coming to market soon with their CLED, or Crystal LED TVs. Similar to OLEDs, these TVs also forego the LCD layer and backlight to display the picture directly, using solid state diode LEDs rather than organic compounds to create the image. The CLEDs achieve similar thin screens, brighter pictures, and deeper blacks to theirOLED cousins. There is no word as to when Sony will be selling these units, though.

Get ready for a TV upgrade! Just as you got your home theater dialed in just how you like it with your 3D set and your high end BluRay player, along comes the next new thing. Movies that are shot digitally these days typically use a 4K camera to capture higher resolution than we get to see at home. The 4K refers to horizontal resolution, rather than vertical, like 1080p. A 1080p picture is 1920 pixels across, by 1080 down. 4K and its neighbor QFHD come in at 4 times that resolution by doubling the number of pixels both horizontally and vertically. Movie theaters use 4K projectors when they show digital movies.

While 2011 saw a few very pricey models debut, Sony has now released a 4K projector called the VPL-VW1000ES, which is priced for the high-end home theater. I got to see it in use, and it is very impressive. Toshiba also has a QFHD monitor in the Regza 55X3 that just came out in Japan. The catch – there isn’t anything to show at the new, higher resolution, although 4K BluRays are in talks.

Next week this series continues with more new tech for2012. Be sure to check the website at smmirror.com for more about upcoming TV tech and join the conversation.

Scott Bly is the President of IT Freeway, a Santa Monica-based, small business computer consultancy. He teaches seminars at MacMall in Santa Monica and is the co-chair of the Santa Monica Chamber of Commerce Technology Committee. His debut young adult novel, SMASHER, is being published by Scholastic/Blue Sky Press in Spring 2013. You can reach him via email at scott@itfreeway.com.