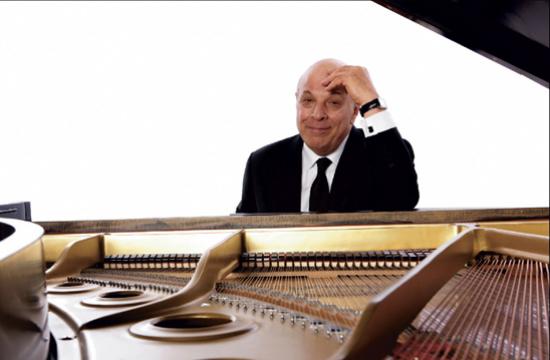 Best known for composing “Killing Me Softly with His Song,” Charles Fox will visit the Santa Monica Main Library this Saturday afternoon to discuss his new book and perform some of his hit songs.

The Q&A and special musical presentation will take place from 3 p.m. to 5 p.m.

In the lead-up to the event, Fox spoke to The Mirror about his book called “Killing Me Softly: My Life in Music.”

He said the book was based around his time studying in France when he was 18 to 20 with his teacher Nadia Boulanger.

“When I was in Paris, I wrote hundreds of letters home to my family as it was our only communication,” Fox said. “In those letters, I described my life in Paris and I described my teacher and her extraordinary ways of teaching music. It turns out my mother preserved all those letters and I didn’t find out about them until just a few years ago because they were in a shoe box in a dresser drawer.”

His daughter made copies of the letters for family members, but word quickly spread to a literary agent who told Fox the letters would make a basis for a good book.

Fox said he wrote the first draft in longhand on yellow pads using the letters as a basis, which took him about two years to complete.

“Some of those letters were kind of a portal for me back to my life in Paris,” he said. “I’d been very busy for the past 50 years writing music. However, Nadia Boulanger I take with me everyday. That part was something I really wanted to express, my indebtedness and gratitude I have for her because she gave me virtually a life of music. I think about her everyday and how she informed and influenced me along the way.”

With Boulanger’s teachings in 1959-61 under his belt, Fox went on to create many of the greatest theme songs in TV history including “Happy Days,” “Wonder Woman,” “The Love Boat,” “Love, American Style,” as well as “Monday Night Football” and “The Wide World of Sports,” to name only a few.

He has composed more than 100 motion picture and iconic television scores, twice Academy Award nominated, and he’s a two-time Emmy and Grammy winner as well as a Songwriters, Smithsonian, and Bronx Hall of Fame inductee.

Saturday’s event is free, but tickets are required and will be released one hour prior to the program at 2 p.m. One ticket is allowed per person and guests must be present to receive a ticket.

The Main Library is located at 601 Santa Monica Boulevard.