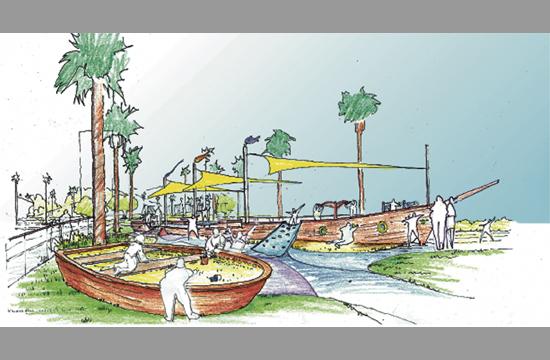 Universally accessible playgrounds are spaces where children of all abilities can play side by side, as well as parents with disabilities and seniors.

By providing a place for children to socialize with their differently-abled peers, this type of playground provides a path toward removing the stigma often associated with disabilities. The Santa Monica Disabilities and Recreation & Parks Commissions have advocated for a universally accessible playground in Santa Monica for several years.

The concept for Santa Monica’s universally accessible playground is “The Ship.” A buried clipper ship is the core of the design for this concept. Plans include multi-sensory and active play elements that support development of strength, balance, coordination, social exploration, cooperative play and body awareness.

It is anticipated that construction will begin in late summer 2012.