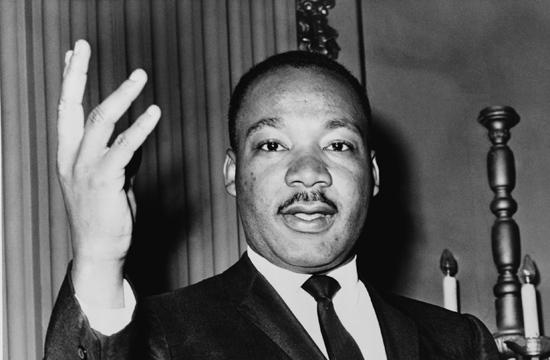 The Civil Rights Movement captured the imagination of the country. It was 1965, the Rev. Martin Luther King, working to get voting rights for African-Americans, planned to lead a 50-mile march from Selma to Montgomery, Alabama.

It was, finally, the right time to do the right thing. I wonder how that happens. How is it that something intrinsically right can take so long to be possible? The prejudice, segregation, and Jim Crow laws were always wrong. How did they last so long? For that matter, how did they ever begin?

Eight of us, all college students, drove in a University of San Francisco station wagon from San Francisco to Selma, Alabama to be part of the march.

We knew Alabama State Troopers had turned the marchers back each time they tried to cross the Pettus Bridge onto the highway to Montgomery. Photographs of the marchers had been front-page news in papers across the country. Now, students, teachers, religious leaders, and civil rights workers, from all over the U.S., were coming to Selma to join the march, forcing the focus of the nation on the right of the marchers to proceed and on the issue of voting rights.

The trip across country was different from any other car trip I had taken in my life. By the time we got to Texas it was clear to us that people knew who we were and many didn’t like us. We drove straight through, stopping only when we needed to, quickly buying food in convenience stores and eating in the car. We talked and talked – civil rights, philosophy, religion, the Vietnam War – in the way of college students everywhere.

I talked about my father. My family lived in Minnesota when I was in elementary school and we went to Florida for a winter vacation. My father would hold the door for a black woman and say, “after you Ma’am,” he would address black men as “Sir”, he would tell a black person in a store that they were next and should go ahead. I took it for granted. It was just my father being his usual, polite self. It wasn’t until I returned to the South as a young adult that I realized that his politeness defied the culture of the Jim Crow South where no white man ever held the door for a black woman and where all black people in a store waited until all white people had been served, even if those white people came in after them. My father wasn’t a person for political action. I never knew him to go to a rally or a meeting or write a letter to the editor. But he was a man of personal responsibility.

After several days of driving we arrived in Selma and went to the church that was the center of the Civil Rights movement. We were expected and they gave us the name of the man who was going to put us up and cards that we could use for meals. I still have my card. It says, “Susan Cloke is a guest in Selma and is entitled to free meals.”

Our host seemed old to me, but I think that was because I was so young. He lived alone and his house, really a cabin, was small. He had cleaned the unpainted wood by washing the floors and walls with boiling water. The stove was on the back porch and he had a pot of beans waiting for us. I liked him right away for his kindness and his soft-spoken manner. We sat on his front steps and talked with him until it was time to go back into town for the meeting at the church.

It was at the church that I first heard Rev. King speak. I have long remembered, and thought about a particular speech, which I can’t find and so this is not an exact quote, but what he said, much more eloquently than I can, was “Morality is like a muscle. If you don’t use it to make small decisions then, when you need it, it won’t be strong enough to do what needs to be done. Don’t think, ‘well, I don’t have to do this right thing because it’s not important and no one will even notice I didn’t do it’ and then think you will be able to do the right thing when it is important. That won’t work. Do the right thing now and when you really need to act you will have the needed strength to see you through.”

On March 21, 1965, on the third attempt, with a court order in our favor, we crossed the bridge and started for Montgomery. On the fifth day of the march, near Montgomery, thousands of people joined with the several hundred marchers who had walked all the way. To ‘give witness’ was the expression used.

King in his Montgomery speech said, “I know you are asking today, “How long will it take?” Somebody’s asking, “How long will prejudice blind the visions of men, darken their understanding, and drive bright-eyed wisdom from her sacred throne?” Somebody’s asking, “When will wounded justice, lying prostrate on the streets of Selma and Birmingham and communities all over the South, be lifted from this dust of shame to reign supreme among the children of men?” Somebody’s asking, “When will the radiant star of hope be plunged against the nocturnal bosom of this lonely night, plucked from weary souls with chains of fear and the manacles of death? How long will justice be crucified, and truth bear it?” I come to say to you this afternoon, however difficult the moment, however frustrating the hour, it will not be long, because truth crushed to earth will rise again. “How long? Not long, because “no lie can live forever.” How long? Not long, because “you shall reap what you sow. How long? Not long, because the arc of the moral universe is long, but it bends toward justice.”

President Johnson, responding to the Selma Montgomery March, took the Voting Rights Act of 1965 to Congress with these words, “Even if we pass this bill, the battle will not be over. What happened in Selma is part of a far larger movement, which reaches into every section and state of America. It is the effort of American Negroes to secure for themselves the full blessings of American life. Their cause must be our cause, too, because it is not just Negroes but really it is all of us who must overcome the crippling legacy of bigotry and injustice. And we shall overcome.”

Martin Luther King Jr. stood next to President Johnson as the President signed the Voting Rights Act into law on August 6, 1965. Rev. King was the leader of the Birmingham Movement and his “Letter from a Birmingham Jail” was a manifesto for the Civil Rights Movement. He was a recipient of the Nobel Peace Prize. He was a leader of the Civil Rights Movement, a leader of all Americans and a world leader. He was 39 years old on April 4, 1968 when he was assassinated.

Rev. King’s message of non-violence gave people hope and inspiration. He would interweave stories from literature, from the bible and from history into his sermons on the power of non-violence to change the world. Rev. King, in his own words, “Speak truth to evil. Speak truth to power. But speak without hatred.”