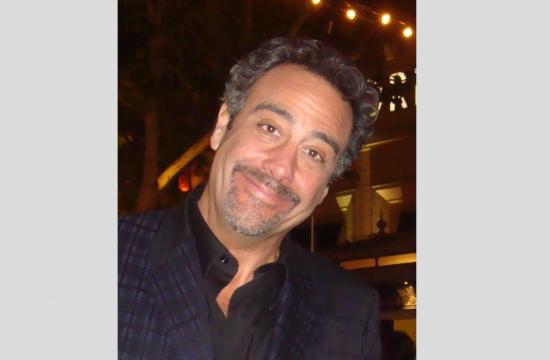 Best known for his role of Ray Romano’s big brother Robert in “Everybody Loves Raymond,” Brad Garrett is about to call the MGM Grand Hotel & Casino in Las Vegas “home” with the opening of his comedy club in spring.

While the opening is set for the April Fools weekend of March 30-April 1, it’s no joke that the Emmy Award-winning comedian and actor has ambitious plans.

“I’m bringing the best comics from across the country,” Garrett told The Mirror. “It’s a very nice place for comics to come, hang-out, and just really do great shows. Everyone that’s going to play at the club is either from HBO, or Letterman, or Leno.”

He joked the old converted New York warehouse feel of the comedy club would also be accompanied by the smell you’d expect – as well as the body parts of a few Italians.

“It’s being built from the ground up,” he said. “MGM Underground, the floor below what used to be a bunch of shops and retail areas, is being redesigned to give it a whole entertainment vibe with new bistros, restaurants, and clubs. This will be the first venue going in there.”

The April Fools Weekend will include performances by Garrett, Ralph Harris, Michael Somerville, and Geechy Guy.

Garrett said he expected somewhat of an “Everybody Loves Raymond” reunion with Ray Romano and Doris Roberts expected to attend the opening weekend celebration.

General admission tickets are priced at $59 and $79 when Garrett appears on stage, or $39, $49, and $59 during non-Garrett performances, not including applicable service charges and taxes.

Tickets went on sale today, Jan. 20 and are available by calling Ticketmaster at 800.745.3000 or going online at http://www.bradgarrettcomedy.com or http://www.mgmgrand.com.

He will continue to juggle his acting work while managing the comedy club, which this year includes a part in the new Steve Carrell/Jim Carrey film “Burt Wonderstone;” the role of record producer in “Twylight Zones,” a film about rock ‘n roll in the 1960s; and a voice role in the animated film “The Clockwork Girl.”