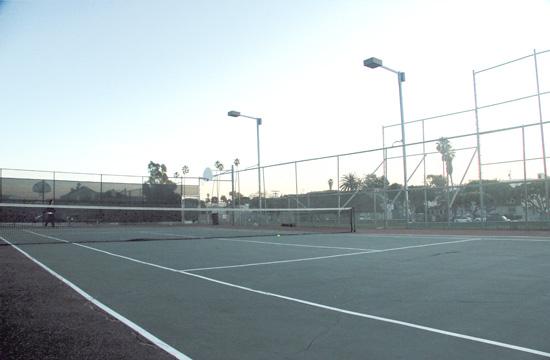 Amidst all the talk at Santa Monica City Hall of major capital improvement projects such as Palisades Garden Walk and the Colorado Esplanade, a pair of local roads and recreational facilities will receive some cosmetic boosts, thanks to a pair of consent calendar items unanimously approved by council members at its Dec. 13 meeting.

Los Amigos Park on Sixth Street between Hollister Avenue and Ocean Park Boulevard will have its tennis and basketball courts resurfaced, while concrete pavements, curbs, driveways, and sidewalks on and along Robson Avenue and Marine Street will be upgraded.

Over at Los Amigos Park, TrueLine Construction Company from Corona, will be working on improving the multi-use courts. TrueLine’s bid of $182,000 outbid four other submissions.

“This capital improvement project would improve the existing surface conditions on the multi-use courts at Los Amigos Park, which have settled and cracked in various locations,” a staff report to council members stated. “Also, the project would better address the inadequate drainage conditions behind the west-facing retaining wall.”

City Hall anticipates the courts will be closed for about 60 days between February and April.

Meanwhile, the concrete pavement on Robson Avenue from 17th Street to Dewey Street and Marine Street from 16th Street to 17th Street will also be replaced. Sully-Miller Contracting Company’s bid for $383,025 won out over four other companies.

Among the improvements included in the project are repair to damaged curbs, driveways and sidewalks as well as replaced or upgraded curb ramps.

“The project would be phased to minimize impacts to the adjacent residents and to street parking during non-working hours,” the staff report to council members stated. “However, due to the nature of the work, temporary street closures would be necessary for portions of the project during construction hours.”

With the 10 percent contingency fee, the total cost of the repaving project is estimated to be $421,327.