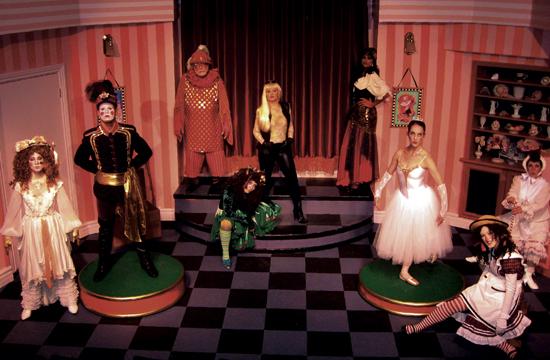 Just a few days ago, the Santa Monica Playhouse on Fourth Street was named home to one of the “10 best New Year’s Eve events in Los Angeles” by LA Weekly. The venue has been a mainstay in local theatrical arts for nearly 50 years, hosting actor workshops and educational programs for young students while also supporting many stage thespians developing their respective careers.

The future did not always look so bright for the Playhouse. The 2012 calendar of events was in danger of cancellation as the venue was struggling to makes ends meet this month. With a light calendar on its docket as of Jan. 4, the Playhouse was in need of $15,000 to continue operations this month.

Though some programming, such as the productions of “A Carlin Home Companion” and “Pentagon Papers”, as well as Family Theater series, may still be found on the Playhouse’s January 2012 calendar, the venue is still in a holding pattern until its finances are in the black.

According to one of the venue’s co-directors, Chris DeCarlo, the Playhouse did not meet its $15,000 goal as of Jan. 4, but enough money was raised to keep operations running a little while longer.

“We didn’t raise all the money we wanted to raise, but we came very close. We’re going to keep going. We are not in great shape, but it’s not disastrous,” DeCarlo told The Mirror. “We’ve been struggling for almost 10 years now. We were doing great for the 80s and 90s. It goes in cycles. We’ve had good times and bad times.”

He also observed the Playhouse audience has been mostly seniors, which not only affects ticket revenue due to discounted tickets, but also means there is a smaller pool of supporters.

“Theater is not something the younger generations are frequenting. We have to constantly reinvent ourselves,” DeCarlo said. “We’ve got a benefits program – it’s helping us augment our income. Financially, we also have seasonable rises and drops. January is traditionally our worst month of the year.”

Should everything work out, DeCarlo hopes to have the Playhouse looking beyond the immediate future as the venue is in the midst of developing a five-year plan to, ideally, keep its finances in the black without having to immensely rely on emergency fundraisers (such as the current one) or bailouts by City Hall (which happened a year ago).

As the Playhouse inches ever so close to its immediate financial goals – the Playhouse did not announce its most up-to-date numbers – the venue may indeed avoid witnessing its final curtain call anytime soon.

“We got some really good programs coming up this year,” DeCarlo said, adding that the next Family Theater series will feature “The Adventures of Red Riding Hood.”

“We’re humbled by the fact we’ve had so much support in these hard times,” he said. “I don’t know how to thank [the public] enough. It’s a gift they are providing for the community. It seems people with less are giving more.

Donations may still be made to the Playhouse, either by calling the venue at 310.394.9779 or by visiting its website, santamonicaplayhouse.com.

The Playhouse is located at 1201 Fourth Street, just south of Wilshire Boulevard.