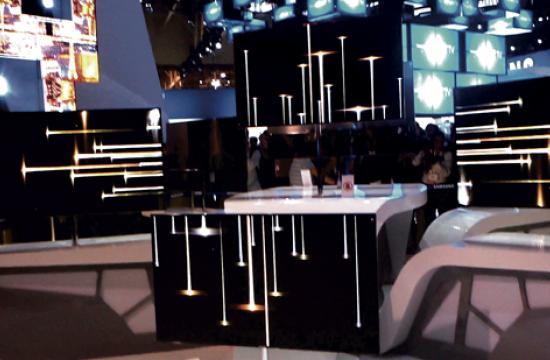 Happy New Year to all techno-philes, gadget lovers, and the geek-curious. I’m thrilled to launch The Mirror’s Tech Talk column. Each week you’ll be able to read about the latest tips and trends in technology ranging from TVs to servers, and smart phones to cloud apps. I look forward to hearing from readers about subjects you’re interested in hearing about, so be sure to join the conversation at smmirror.com for online content like video segments and links to web resources and downloadable apps.

It’s fitting that we’re debuting this column in January, since every year one of the biggest technology conferences in the world takes place just after New Year’s in Las Vegas – the Consumer Electronics Show held Jan 10-13.

CES sets the tone for tech releases for the 12 months ahead. The event is so popular that it draws many celebrities. This year, both Justins (Timberlake and Bieber) were in attendance, as were 50 Cent, Dennis Rodman, and even Jersey Shore’s Snooki.

Usually dominated by a couple of breakout products or technologies, last year’s star was Google’s mobile Android Operating System powering new dual core tablets and phones. However, as the year went on, many of the predicted hits from the show fell flat, such as Motorola’s Android-powered Xoom tablet and Bionic smartphone.

The Bionic underwhelmed once it hit the shelves, having run into manufacturing delays that cost it the lead as competitors’ phones with better screens and slicker interfaces left it behind. Sometimes CES fame does not equal a marketplace success.

This year, however, was a little different – no clear standout technology promised to drive the market this year, despite no lack of marketing hyperbole.

Apple was absent as usual (they’re so secretive that they don’t even attend the MacWorld conference anymore), as were Amazon, Google, and Facebook. With the real market leaders pulling a no-show, the other major vendors fought to gain attention.

For the first in this series of articles about CES, I’ll briefly focus on some of the new TV technology.

Ahead by a nose were Samsung and LG with their new 55” OLED TVs (LG won the CNET.com “Best of Show” award for theirs). OLED stands for Organic Light Emitting Diode, and the technology promises to deliver deeper blacks and thinner TVs, which ultimately consumes less electricity. OLED displays work differently than LCD displays by using a single layer of the organic LEDs to generate the picture.

And with fewer layers, the screens are much thinner as well, as thin as four millimeters for LG’s upcoming award winner.

Traditional LCD TVs have a large Liquid Crystal Display panel backlit by a fragile fluorescent tube that shines through the colors of the LCD to display the picture. Newer LED backlit LCDs use sturdy, low-power LEDs to illuminate the LCD images.

Each dot, or pixel, in the picture is actually made up of three sub-pixels of Red, Green and Blue. Each sub-pixel receives a brightness value from black to white. The three sub-pixels are so close together that the color from the three combines to form one pixel in the picture, and the light from the backlight punches through the LCD. Multiply that process by 1920 columns across and 1080 rows down, and you have a 1080p HD picture.

Plasma TVs work a little differently, because they essentially use a tiny fluorescent light for every single sub pixel. Each sub pixel is an individual chamber of gas that emits light when electricity flows through it. Plasma TVs typically have brighter pictures with deeper blacks due to the lack of backlight. Each pixel makes its own light, or it remains dark.

OLED screens display light directly as well, by using individual Organic LEDs for every pixel, three RGB sub-pixels. The Organic part in the name stems from the use of organic compounds that emit light, instead of a diode as in a regular LED. As with Plasmas, since the light doesn’t have to pass through the additional LCD layer to create the image, the picture is both brighter and capable of deeper blacks.

Be sure to read next week’s article for more on TV tech for 2012, including some previews of exciting developments that we may not see until 2013 or beyond!

Scott Bly is the President of IT Freeway, a Santa Monica-based, small business computer consultancy. He teaches seminars at MacMall in Santa Monica and is the co-chair of the Santa Monica Chamber of Commerce Technology Committee. His debut young adult novel “SMASHER,” is being published by Scholastic/Blue Sky Press in Spring 2013.