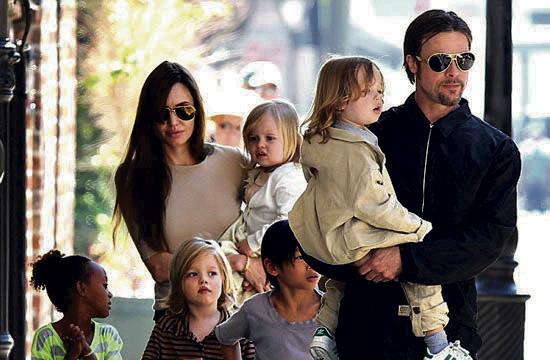 In Part One of this interview, which appeared in last week’s edition of The Mirror, Angelina Jolie, whose body of work as an actor includes the “Lara Croft” series, “Salt,” “Changeling,” “The Good Shepherd,” “Mr. & Mrs. Smith,” and “A Mighty Heart,” discussed her first directorial effort in “The Land of Blood and Honey,” which she also wrote and produced. In Part Two of the interview, Jolie talks in depth about her humanitarian awakening and how it impacts her family.

Was there one life-changing moment that put you on your humanitarian path?

Jolie: The life-changing moment for me was the first time I went to a war zone for two weeks 11 years ago. I wasn’t a Good Will Ambassador or anything, but I just asked to go and was allowed to. I had spent time in Sierra Leone, a brutal conflict where they cut off arms of little kids. I could not for the life of me understand how this was happening. It was like someone smacked me in the face for all the times I worried about my own problems. The atrocities that took place are unfathomable such as where people literally cut hands off of their sisters to force them to beg or men are forced to rape their mothers in front of people. It’s beyond anything we can imagine. I went to Tanzania and saw the first mass refugee camp that held 500,000 people. When I saw that sea of humanity, displaced, with the lack of human rights and not knowing what their future is, it was so daunting that I was in complete shock and when I got to the airport, I talked to my mother on the phone and broke down. It was then that I decided to live a better life and never, ever forget what I had just seen.

You’re the most famous woman in the world. How do you balance your celebrity status with your family life?

Jolie: Well, I would never sacrifice any time with my family. If Brad (Pitt) and I can’t manage our schedules, we’ll always sacrifice work. The kids and I stayed with him while he was doing “Moneyball” in L.A. and I did the prep for this film mostly here and would only travel for two days and then I would come back. I kept doing that because I couldn’t leave my family for a long time. So I had a very scattered prep and only had three days in Hungary before I started shooting because I had to stay with my family. Brad’s film went over schedule but he joined us a week later. So we just do everything we can to try to stay together and during the filming my family was there. Brad took the kids to school and after school, they would come to the set and play in the fake snow. I didn’t let them anywhere near the camera because this is an inappropriate film for them to be near.

You’re a well-traveled family. How open are you with your children about the problems of the world?

Jolie: Very open and straightforward. My children have been to post-conflict situations and have been to refugee camps. They have also, for example, gone to the house we have in Cambodia. It’s not really a house, but a room on stilts, surrounded by 100 Cambodian people who work with us to secure the area. It’s a project in the middle of the jungle. We found 48 land mines on our property. Our neighbors are land mine victims. My kids play with the local kids and they swim in the pond and it’s part of what they know – part of their lives. When I go on U.N. missions, I always sit down with them and explain where I’m going and they often know about that particular area – especially from watching the news, so they’re pretty well informed. I tell them I’m going to meet with other kids like them to make sure everyone is okay. Sometimes they give me little things to bring as gifts.

Jolie: I’m trying to make them more global. My mother, for as open as she was, we just didn’t travel much, but she always taught me to be a good person and was interested in a lot of things. She took me to my first Amnesty International dinner when I was nine. She was part Native American and always talked to me about issues, but didn’t live outside of America. We weren’t as at home in the world. With my family, I’m trying to raise them to have respect for all people and to make friends around the world and to feel at home around the world. It’s what’s forming them. Of course, I make sure they do their math and their science, but the world perspective is the most important thing. One special family moment comes to mind. We had just finished work in New York and Brad and I were piled in the car with all the kids. We were listening to Christmas songs and were laughing and playing games. I looked at Brad and said ‘this is one of those moments, the moments we live for.’ I’m so fortunate and love my family so much. They’re such a funny, interesting group of people.

Is there one film that stands out for you from your body of work?

Jolie: I loved doing “A Mighty Heart,” the Daniel Pearl story. I loved Mariane Pearl’s message. I think her message of tolerance and forgiveness is very important. I don’t know if I could be as gracious personally. I’ve come to know her family and her son so that film was very important to me. I loved Michael’s (Winterbottom) directing.

Where do you see yourself in the next five to 10 years?

Jolie: I think I’ll be working less or maybe working from home. My kids will be needing me a lot when they hit their teens (laughs). When I think of what I was like when I was a teenager, I think I need to be braced to be spending a lot of time with all six of them and making sure that I can be there when they go through everything.

Thank you for a most gracious interview.