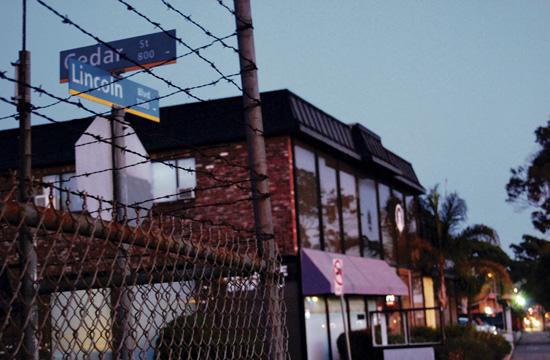 Common Ground’s reputation preceded their move to 2401 Lincoln Blvd on February 3rd and that is why Sunset Park residents near Cedar and Lincoln are so concerned.

Up until Feb 3rd, Common Ground was located at 2012 Lincoln, at the corner of Bay Street. Here are written and verbal comments from Bay Street residents:

Letter from Jessica, “so relieved they were leaving…Numerous issues…drug deals in broad daylight…harassment and loitering…personally harassed…made to feel unsafe…my children cannot play outside without supervision…droves of young, hostile, homeless kids constantly wander down Bay Street”

Letter from Kathy, ” It was hell. No amount of asking politely, call to report problems, community meetings and liaisons with the police did any good. The trash – used condoms, needles, food waste. fights, yelling/screaming all hours of the day and evening. Our daughters were harassed, did not feel safe walking to their cars.”

Verbal comments from Konrad from meeting on 2/9/12: ” Many problems, mainly from the youth program. Shoot up drugs in the alley then throw needles in the alley…been going on for so long. One of the teens threw a hammer at a resident. They stole from stores. Common Ground’s been 10 years at 2012 Lincoln. Always trouble”

Verbal comments from Ernesto from meeting 2/9/12: ” I see them doing drugs, I had to build a fence around my property. Violence is a part of it, between them and the public. After awhile I didn’t want to call a lot, been going on so long.”

Our concern isn’t just a case of not in my back yard, it is a case of shouldn’t be in anybody’s back yard. Common Ground should be located away from schools and neighborhoods with children.

It is apparent that Common Ground’s management has poorly handled the spillover of their clients into nearby neighborhoods.

Our single block of Pine Street between 10th and 11th Streets is 739 feet from Common Ground’s new facility at 2401 Lincoln Blvd. There are 26 children here, mostly of elementary school age. They walk unattended to each other’s houses, run across lawns, skateboard and throw footballs in the street. There are 3 preschools within 750 feet of Common Ground One of the preschools serves 150 families.

Potentially HIV contaminated needles that Common Ground’s clients discarded in the trash and in the alley (as written and told by former CG neighbors), could potentially cause the spread of AIDS and other diseases to our children and us. “…more than 20 bloodborne pathogens might be transmitted from contaminated needles including HIV, Hepatitis B Virus and Hepatitis C Virus.” article by Nichole Zehnder, MD The Hospitalist Oct 2010

Is it any wonder, then, that in spite of our admiration for Common Ground’s mission, we are very worried about Common Ground’s IV drug addicted clientele coming into our neighborhood?