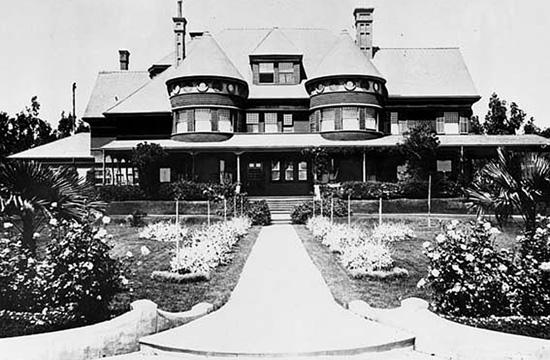 “Senator Jones built a mansion, Miramar, and his wife Georgina planted a Moreton Bay Fig tree in its front yard in 1889. The tree is now in the courtyard of the Fairmont Miramar Hotel.” – Wikipedia.

The Fairmont Miramar, a luxurious and iconic Santa Monica hotel, evokes images of weddings in the lush gardens, turtles in the fountain amusing generations of children, the bungalows with their fabulous stories of famous guests, lunch by the pool, gala events in the ballrooms and, of course, the signature Moreton Bay Fig.

Michael and Susan Dell, owners of Dell Computer Corporation and relatively new owners of the Miramar, would like to redevelop the Miramar Hotel. Their representative, Allan Epstein, appeared before the Planning Commission at the Feb. 8 ‘float-up’ to explain their new vision to the Commission and to an audience that filled both the Council Chambers and the lobby of City Hall. (‘Float-up’ is the term used for initial meetings, which are for introductory discussions. If successful they are followed by a public review and approval process).

The request the Miramar filed with the City (Development Agreement application 011DEV-003) in April of 2011 is for 550,000 square feet of project development comprising of “265 guest rooms, food, beverage, meeting, and spa facilities, retail space along Wilshire Boulevard, approximately one acre open space area at the corner of Wilshire Boulevard and Ocean Avenue, up to 120 condominiums on the upper floors of new buildings, up to 484 on-site subterranean parking spaces,” according to a City Staff Report.

At the float-up meeting, Allen Epstein told the Commission the hotel intends to preserve the 1920s Palisades Building, and to create a one-acre park around the Landmarked Moreton Bay Fig Tree. The park is planned to be open to the public when it is not being used for hotel functions.

He also presented their intention to include an affordable housing component, with up to 40 units, to be built at 1127-1129 2nd Street, directly across from the hotel on property now being used as a surface parking lot for valet parking.

And he spoke about the place the Miramar has in the Santa Monica Community.

That place in the community was confirmed by the many supporters of the Miramar redevelopment proposal who spoke movingly of the long history of the Miramar in Santa Monica.

Employees of the hotel, a union hotel, spoke of the good working conditions and the feeling of being part of a ‘family’ when they worked at the hotel. Long time local leader Irene Zivi, saying she is a pragmatist, spoke of the many benefits that would come to the City and to the schools because of the increased Transit Occupancy Tax. She also talked about the many occasions when the Miramar generously supported community events. The chef at Fig, the restaurant at the Miramar, talked about the hotel supporting his work with students on healthy foods projects. Patricia Hoffman, of Santa Monicans for Renter’s Rights, talked about the importance of affordable housing to the City. Neil Carrey spoke of his long tenure on the Recreation and Parks Commission and his support for the proposed one-acre open space at Wilshire and Ocean. Nat Trives, former Mayor, co-chairs Friends of the Miramar. http://www.friendsofthemiramar.com/.

The many people who spoke against the project also confirmed the place of the hotel in the community. Their concerns focused on the proposed scale and design of the new hotel. People spoke about a “wall of development” that would create a barrier between the site and the residential and business community just east of it. They mourned the loss of the bungalows. They raised concerns about the proposed four years of construction work and the traffic and environmental problems that would create. They talked about the scale of the project and the impact that would have on Palisades Park. They spoke of the scale and height of the proposed project and its impact on neighbors. They spoke of their memories of the Miramar and its place in creating the character of Santa Monica and expressed their fears that the redevelopment of the site would change the character in ways that would diminish Santa Monica.

This is a complex project and it is being proposed at a time when the City is taking a new look at itself. The new LUCE (Land Use and Circulation Element) is now the guiding land use document. The proposed Miramar redevelopment will have to show how it meets the vision of the LUCE.

A new plan for the Downtown District is under study. Questions will have to be asked and answered as to how the proposed Miramar redevelopment should relate to that plan.

It seems to me that the project, as initially designed, asks for more square feet of building rights then is appropriate for the site, given its place in the history and the future of Santa Monica. The drawings that were submitted with the application are, appropriately, schematic. As the project takes shape and form, design will be a central issue. It seems to me that the design itself needs to pay homage to the history of the site and to serve as a guide to the future character of the built environment in Santa Monica. That is no small task.

You may be reading this and wondering whether I’m a yea or a nay on this project. I’m wondering myself. But I intend to stay informed and to do my part.

I’m anticipating a robust public process, and given the quality of all the participants to this negotiation, I’m hoping for a successful resolution for a great hotel and a great city.