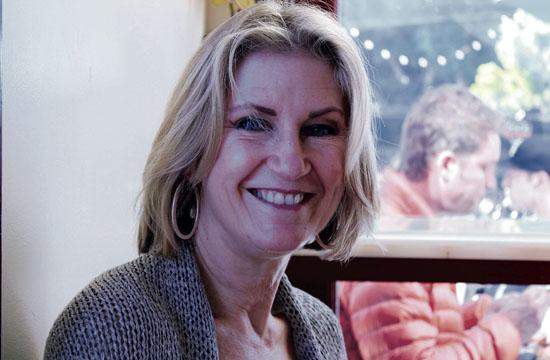 Judge Jacqueline A. Connor was born in Michigan, but grew up in Japan of parents that met during the MacArthur reconstruction period in the late 1940-50s.

As a teenager, Connor returned to the United States and went to USC to study law eventually moving up the ranks to become a Superior Court judge in California.

In the late 1970s, Connor became part of the American legal system serving as a trial lawyer with the Los Angeles District Attorney’s Office for a decade before she served as a Los Angeles Municipal Court judge for two years.

Connor initially became a trial lawyer because she didn’t see herself working with big firms and lawyers who seemed to be in constant cutthroat competition with each other. She found the people who worked in these firms “depressing,” and “working their butts off,” and “hating” their jobs.

Connor’s decision to become a trial lawyer and work with the Los Angeles District Attorney’s Office shaped the future of her career as a judge. She described being a trial lawyer as “a little performance and a little detective work.”

Working alongside people who were excited with their role in law afforded Connor the ability to advance her understanding of the practice of law and she soon became adept in understanding morality and in making the right decisions.

“These people were happy, funny, having fun with their job, and they liked what they were doing,” Connor said. “I thought to myself, this is for me, and so I went to start my dream job with a jury trial (even though) I had no idea what I was doing.”

Connor soon learned the ropes of the legal system, and said her time spent as a trial lawyer was “the best job in the world.” This career choice influenced her later decision to become a judge.

In 1988, Connor continued her rise in the legal system. She joined the Superior Court of California and was appointed by then California Governor George Deukmejian who was looking for “common sense” judges to be part of the Californian legal system.

Connor fit right in and served the public to the best of her abilities throughout the late ‘80s, ‘90s, and well into the early 21st century.

After working for 25 years as a judge, Connor retired yesterday, Feb. 23, but said she will continue her practice by becoming a mediator with a new goal of keeping people out of court.

“It seems to me that if you end up in court, you get in a lawsuit and it ends up lose-lose,” Connor said. “People are looking for deep pockets and are staying sick longer because they might get more money.”

The current system of Californian law is flawed, according to Connor. She said she is staying vigilant inside of the legal system by helping to redefine her position in the legal system as a mediator to prevent cases from going to trial.

“You never know what the jury is going to do,” she said. “Maybe they don’t like the way your eyebrows look or the car you drove in on, or you remind them of your brother-in-law. I think it (California Legal System) is a great system, but you never know what is going to make a difference.”

Connor plans to go beyond her role as a mediator and she will soon add classes to her agenda so she may teach others how to succeed in the current judicial system.

“There is a real problem with the integrity of the trial system and I wonder if it can survive,” she said. “You’ve got young people who are looking up everything, Googling things, and teaching themselves stuff. Some are interested in doing their best, they want to do the right thing, and they want to make sure that they are voting the right way. If a guy is a bad guy, they want to convict him, and if the guy is a good guy, they don’t.”

Connor added that many people don’t necessarily trust the lawyers that they have been given because trial work to them feels like a publicity stunt.

In the past, defense and prosecution lawyers had a good deal of control over the information that was presented inside of the courtroom and juries made due with what the prosecution and the defense handed them as factual evidence when making decisions in a case.

Today what’s happening with jurors is that many are Googling everything, and the parties trying the case have no idea what type of outside influence is impacting the decisions of the jury.

“It’s like this pernicious change in the collection of information that nobody has access to and no way to control it,” Connor said. “We tell the jurors that they can’t do that. It isn’t fair.”

But many of the jurors do it anyway.

Looking back at her time as a former referee in the judicial process, Connor explained the reasons why jurors shouldn’t have access to the current supply of online information available on the web as some may think that Googling somebody’s name for information or public records may help their decision making while being a juror.

“If you’re charged with running a red light or a burglary or whatever and you didn’t do it, they’re looking you up and checking you out,” Connor said. “(Maybe) they get a guy with a different name that sounds like you or maybe they find your rap sheet, they shouldn’t have that information.”

In a way it would seem that this easy access to information has made jurors even more determined to get it right if they think that the jury got it wrong. It makes jurors more intent on looking up stuff and getting their own information because they don’t trust lawyers or the judge.

Hearings may also take longer to become an actual trial due to economic factors that have led to deep cuts in the judicial sector in recent years.

“It used to be 70-80 percent of our legislators started out as lawyers and they kind of understood the legal system,” Connor said. “Now I think most of them are not. I think that is part of what is happening with the court budget.”

Initially the California legislative, executive, and judicial function were all supposed to be co-equal but recent cuts to the California budget has taken its toll on the judicial process exasperating things for people who attempt to have their cases solved in a courtroom.

“They (the legislative and executive branches) aren’t slashing the budget of the executive or legislative but they are squeezing the judicial side of it like it’s another DMV,” Connor said. “That’s a real problem. If you have a lawsuit and you can’t get into trial for a year or two years or you can’t even get on the system, where do you go? It’s going to shut down businesses. It’s going to shut down the ability for people to resolve disputes.”

Many cases last for years and even after a verdict, it is difficult to collect a settlement from the guilty party. Compounding the problem is the reality of jurors being able to “look up anything they want even though we tell them they can’t.”

Even with this obvious conundrum affecting the legal practice in California today, Connor is still hopeful for the future of law and seems to currently be doing her part in order to resolve disputes before they go to court.

“The world is changing really fast,” Connor said. “And it’s impacting some of our institutions in ways that no one could have anticipated.”