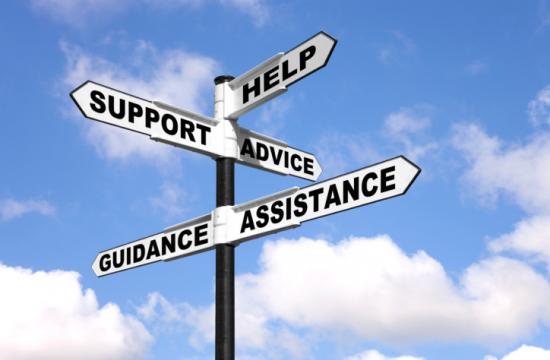 For most of us, family can be the glue that holds us to this life; a source of strength and the sun around which the various other planets of our life revolve. Mirror Editor-in-Chief Brenton Garen has recently contributed some important reporting to this newspaper on gangs in Santa Monica (Part One, Part Two, Part Three, Part Four) that clearly reveals the on-going struggle youths experience in deciding whether or not to let another entity become larger in their lives than their own families. Those of us who may feel far removed and even insulated from any such struggle in our own lives would do well to take a few moments to consider what many of these young people are going through.

You don’t need me to tell you that, way before the War on Women, conservatives in America have been dichotomously acting in the name of “family values” by means of legislation, cut backs, and economic policy that quite clearly wages war on families. Why the right wants to keep jumping up and down on the back of the American middle class is a question you’ll have to direct toward Newt Gingrich’s outsized cranium. It doesn’t help that a viral outbreak of greed and desire for fast fortunes resulted in many American families losing their homes. Add to that a generally tough economy, and families are challenged by threats in the 21st century that seem more like something from another time.

But don’t let a middle-aged white dude tell you about it. Angel Villaseñor grew up in the Pico Neighborhood and felt the pull of the gangs. The appeal was not mysterious or difficult to understand. According to Villaseñor in one of Garen’s recent articles, “At the time when I was young, I was infatuated with the gang lifestyle. I thought that it’s a way to be cool and a way to get respect. When you look at gangs and see what they do, they accept you. I think people overlook that mechanism within the gang structure.”

Villaseñor listened when his own brothers forbid him to join a gang, the strength of his real family pulling him away from falling in with a gang family. After graduating from the University of California at Santa Cruz with a combined Sociology/Latin American and Latino Studies degree, Villaseñor has been accepted into grad school in Syracuse, New York where he will pursue a Master in Education. His summation about those warnings from his brothers years ago is clear and direct: “Now as an adult I look back and I thank them for that, I think they saved my life.”

The most significant “family value” is not to be found in circular rhetoric that somehow folds hard right- turn Christianity into legislation, like the time-warping anti-abortion laws that recently stood out in startling retro relief in Virginia. It is instead in recognizing the value of family itself. Those of us who are relatively well-anchored to the earth’s surface by family don’t necessarily take our families for granted, since we celebrate them with gusto and regularity; from making sure our Mother’s Day gift is in the mail to planning elaborate three-day reunions that involve seared meat and plenty of beer. But we might overlook the painful reality that this kind of social cohesion is not available everywhere in America and that there may be critical shortages of the essential components for building character such as love and expressions of pride and simple caring.

Angel Villaseñor described to editor Garen how these missing components are often found: “I don’t believe in gangbanging. I disagree (with) what they stand for which is hurting our own and doing all that. At the same time, the way they support one another when they show this love, that’s what keeps it going. Without that, there wouldn’t be any gangs.”

Resources of attention and caring that might be dedicated to the plight of American youth adrift often seem appropriated by battles over the biology of life itself. Many seem to believe they are fighting an important battle in the panorama of “life” by interfering in private Constitutional rights, when so many young lives already headed down ultimately self-destructive roads would benefit from that same exact kind of concern about their life. This mistake is bigger than just over-focusing on easy-to-grasp emotional issues in the name of “life” while ignoring more complicated social problems; it becomes incomplete caring. It’s inconsistent compassion, because it is unquestionably “pro-life” to keep kids out of gangs.

We live in an epoch where our phones deliver unlimited data, yet one can witness an all-male panel appearing before the House to discuss women’s health issues. Our children navigate to parties with GPS yet a captain steers wildly off course and tips-over his giant cruise ship. Children in America go to bed hungry, at the very moment that media will focus our attention on one single missing blond white girl. With time/space whiplash like that, maybe it’s understandable that our compassion can follow incomplete paths. But we don’t have to download anything to understand that if we protect families, we sustain the strength of those families against other forces. Young people have a right to life free of the embrace of gangs. Yet while we dawdle, the gangs are waiting.