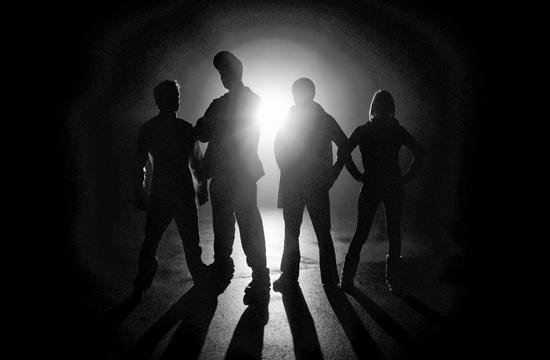 From a law enforcement perspective, gang violence in Santa Monica is at an all-time low thanks to initiatives on a local and state level, according to the head of the Santa Monica Police Department’s Gang and Youth Intervention Unit, Sgt. Dean Oshiro.

In this fourth and final special report that looks at Santa Monica’s gang violence, Oshiro sat down to explain how intervention programs at a local level and the creation of the STEP (Street Terrorism Enforcement Prevention) Act on a state level has drastically reduced gang activity in the city.

“Back in the 1980s the County of Los Angeles saw an incredible rise in gang street violence,” Oshiro said. “What they particularly noted was the rise in homicides that were gang related. Legislators decided they wanted to do something to try to help law enforcement and the cities impact gang violence.”

What was created was the STEP Act that allowed California law enforcement agencies to add enhancement charges on top of 33 different felony crimes for those involved in gangs.

“If you went out and committed a crime as a gang member before the STEP Act you might have gotten 10 years of time,” Oshiro said. “With the STEP Act, they are looking at 15 years for the same crime. Legislators were hoping that it would persuade these gang members to not commit criminal acts because of the severe penalty.”

With 18 years’ experience with the SMPD, Oshiro said he has witnessed first-hand the number of gang-related incidents steadily decreasing since the introduction of the STEP Act.

“You don’t see the homicide numbers that we did see in the 80s and 90s,” he said. “In fact, what you’re seeing now, is a change in the gang culture going into this next decade. Now they are familiar with what the STEP Act does and now they’re changing their activities around it so they are not one of the 33 crimes. They are looking at other crimes not included in the STEP Act to avoid the gang enhancement.”

He said gang members had also begun to find loopholes around the STEP Act when it came to them hiding their affiliation.

“Our gangs are identified by particular set of circumstances or situations,” he said. “They are now learning to avoid those particular things like gang tattoos and gang signs as they try to maneuver around legislation. I hope that as this legislation catches up to the activities of the gangs that we would have new laws to help combat whatever they are getting involved with now.”

On a local level, Oshiro said the creation of at-risk youth intervention and prevention programs in Santa Monica since the early 2000s had also helped reduce gang activities.

He attributed this to the City’s Community Cultural Services Department and its programs, the continuation of the Police Activities League, the creation of the Youth Resource Team, the evolution of the teen center at Virginia Avenue Park, and the establishment of the Pico Youth and Family Center among the reasons for more youth being guided in the right direction away from gangs.

“When we started interacting with at-risk youth, that’s when our numbers started to fall significantly as well,” Oshiro said.

“Primarily they are investigators first where they investigate all crimes that involve gang members as either victims or suspects,” he said. “They’ll do the investigations of those incidents. On the other side of that, they patrol the neighborhoods, particularly where gang members tend to frequent.”

He said there are four main Hispanic gangs in the region based in the cities of Santa Monica, Culver City, West LA, and Venice, which means there is constant collaboration with other law enforcement agencies such as the LAPD and the Culver City Police Department.

With last week’s convictions of four men connected to the 2009 murder of Santa Monica 20-year-old Richard Juarez at Virginia Avenue Park, Oshiro said his team would use this case as a prime case when visiting schools to tell students what can happen when you hang-out with the wrong crowd.

He said it hits home when they learn that the shooter in the murder was sentenced to 90 years to life in prison while the other men who watched were sentenced to 50 years prison.

“We want to encourage our youth there are other options to the gang lifestyle,” he said. “Here in Santa Monica you have opportunities either through our social services, schools, and/or youth programs, to get involved with positive influences and avoid the trap of being deceived and lured into a gang. We also want to encourage parents to stay actively involved with their children and ask for help if they think their child is or may become involved with gangs.”