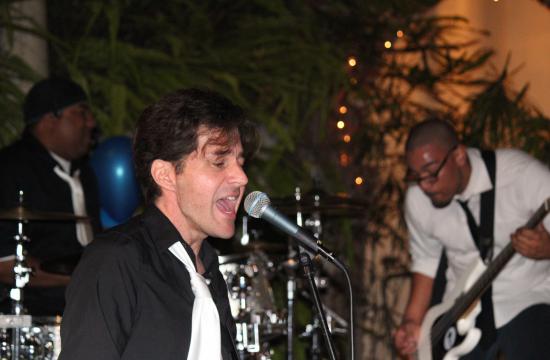 The Coffee Connection, on Centinela and Venice Blvd., partnered with World Vision to host Drink for Water on Saturday, Feb. 25, bringing together a number of bands supporting their cause by donating 25 percent of the proceeds to help children in Africa.

“We decided to open up our venue for bands to play and for people to buy really good coffee and listen to live music,” said barista Lindsay Koukl who serves specialized coffee and tea at the Coffee Connection. “World Vision is an organization that works in every single part of Africa.”

World Vision is a Christian humanitarian organization that goes into different parts of Africa and, with their group of volunteers, builds wells for African communities in order to provide clean drinking water as well as providing other charitable services around the world.

Through her team’s localized efforts, Koukl has played a large factor in collecting over $26, 000 in donated funds for World Vision.

“That bought two wells so that two communities could have water for life,” said Koukal. “One of the things we wanted to bring awareness to is Tanzania. We are sponsoring (individual) children with donations of $35 dollars a month.”

Koukal doubles as a marathon runner donating the proceeds she makes for clean water in Africa. She will be participating in the upcoming LA Marathon on March 18.

Helping her raise money at the Coffee Connection in the Drink for Water event was the band Olio, who she met through a Youth Theatre organization called Encore Entertainers.

“It’s a great cause,” said Arif Hodzic lead singer of Olio. “We love doing stuff like this.”

Olio, the band who won first place in the Twilight Dance Emerging Artists Competition at the Santa Monica Pier last summer, headlined the caffeinated event bringing a sizable crowd of all ages.

“Olio is a great jam band,” said Koukal. “If Red Hot Chili Peppers and Maroon 5 had a baby, they would be a product of that. They are really genuine people.”

Other bands who played at the Coffee Connection that evening included Heroes Make Villains and Heresay.