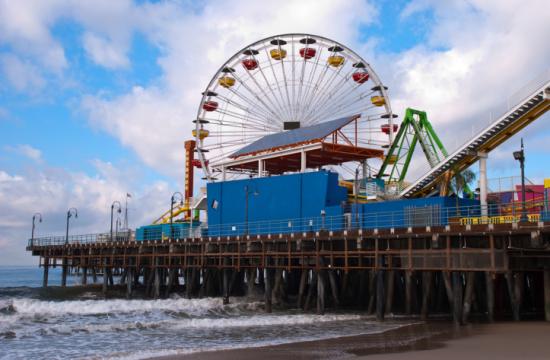 The appointed members of the Interim Board, who will serve a two-year term and oversee Pier programs and functions, include Judy Abdo, Rae Archibald, Raymond Braun, John Catoe, Misti Kerns, Susan McCarthy, and Barbara Stinchfield.

Governance and management of the Santa Monica Pier was on the council’s agenda last November and December, with City Hall receiving applications for candidates to start with a new slate as the successor body to the outgoing PRC Board.

“In addition, the interim board would partner with the City in the Pier master planning process, as well as recommend policy guidelines for leasing, marketing, events, and sponsorship, for Council’s review and approval,” a staff report to council members stated.

Though currently dubbed the Interim Pier Board, the newly appointed members are expected to be integral in the renaming of the organization “to better reflect its new array of responsibilities.”

In dissolving one Pier board and creating another in its place, City Hall hopes “to identify opportunities to maximize organizational and budgetary effectiveness and lay the groundwork for the upcoming Pier master planning effort.”

Accordingly, the new board and organization, which will be a non-profit corporation, will change from promoting Pier restoration “to an organization with a renewed focus on marketing, promotions and the production of community events” and “help facilitate public participation as part of the upcoming Pier Master Planning efforts and other Pier policy matters for Council’s consideration within a two-year timeframe.”

Meanwhile, via the newly created Office of Pier Management, City Hall will oversee the Pier’s infrastructure as well as its maintenance, custodial, parking, tenant, and property management.

According to City Hall, the PRC’s budget for Fiscal Year 2011-2012 – which was approved in May 2011 – is based upon an anticipated income of reportedly $1,098,586 and includes $501,086 from a City Hall grant and $597,500 “anticipated to be generated from event sponsorships, promotions, filming, special event deck rental, and Carousel bookings.”

Anticipated expenses, according to the approved budget submitted to council members on Feb. 28, are $989,744.

Another one-time expense is the repayment of a City loan in the amount of $50,396.83, leaving about $445 available in the Pier’s reserve fund.

There were 21 applicants for the Interim Pier Board, all of whom were considered and interviewed by members of the City Manager’s Office, Office of Pier Management, and Housing and Economic Development.