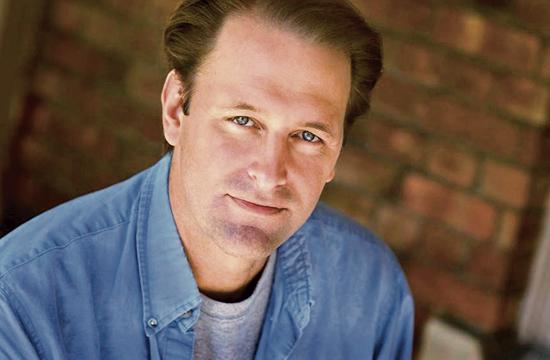 Good food and good music – and the relationship between them – was the tantalizing theme of the Los Angeles Chamber Orchestra’s concert Thursday, March 1, at The Broad Stage in Santa Monica.

This concert was the first of a three-part series, “Music and the Culinary Arts,” playing at The Broad in March and April.

The evening began with an appetizer of musings by food writer Michael Ruhlman, who spoke of the connections between food and music. Both are nonverbal, intuitive and creative, and many chefs studied music before deciding to work in the food world. Both require endless hours of practice, and what elevates musicians and chefs is their ability to practice tirelessly until they’ve perfected the techniques, said Ruhlman.

As an example of the way music sets the tempo in a restaurant’s kitchen, Ruhlman played a bit of George Baker’s “Little Green Bag” from the soundtrack of the movie “Reservoir Dogs,” a brisk tune that cooks listen to while working in the kitchen of the legendary French Laundry restaurant in northern California.

Like the interplay among musical instruments, cooking is an interaction among ingredients, and the dining experience can in many ways be an orchestrated performance. Ruhlman told the story of how, after a 19-course, four-hour meal at French Laundry, he learned that chef Thomas Keller was angry with him for leaving the table during the meal to take a bathroom break. That experience made him realize that the meal was more than a meal; it was a performance by the chef.

Ruhlman’s comments were followed by the chamber orchestra’s musical program, starting with “String Sonata No. 1 in G major,” a light and easy confection by Rossini, who was known to be a good cook. The second musical course was Puccini’s moody, elegiac “Chrysanthemums,” followed by Manuel de Falla’s zesty “Suite Populaire Espagnole.” The evening’s musical finale was Paul Schoenfield’s riotous “Cafe Music,” which had all the frenetic energy and drama of life inside a lively cafe.

Series host, curator, and violinist Margaret Batjer noted that she picked a variety of musical flavors for the evening, like a tapas menu.

The next concert in the series, on March 22, will feature Los Angeles Times (formerly LA Weekly) food critic Jonathan Gold.

“It will be the coolest thing I do this year; it will be so much fun. Musicians are always food obsessed,” Gold said.

For ticket prices and more information about Los Angeles Chamber Orchestra Westside Connections, “Music and the Culinary Arts” on March 22 and April 5 at The Broad Stage, visit laco.org or call 213.622.7001.