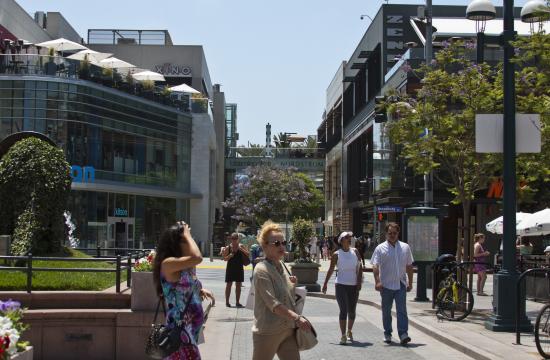 A note from City Hall to all Santa Monica visitors, business owners, and residents: do not get too familiar with the downtown, as changes are coming. Of course, not only is that change is intended to be positive, but according to the Downtown Specific Plan, it also comes with expectations based upon key patterns and themes.

In a presentation given by staff to the council at its last meeting on Feb. 28, the Downtown Specific Plan provided the first insightful look into what could be in Santa Monica’s future downtown. With the arrival of the Expo Light Rail in 2015 and the development of several projects surrounding the city’s urban core, including the Colorado Esplanade, Town Square, Palisades Garden Walk, and the upgraded Civic Auditorium, the Downtown Specific Plan hopes to provide a detailed blueprint of how Santa Monica’s central business district will come to look.

Beyond the public projects, some private developments will also contribute to the changing face of Downtown Santa Monica, including pending development agreements for 710 Broadway and 401 Arizona as well as the potential renovation of the Miramar Hotel on Ocean Avenue and Wilshire Boulevard.

Not yet a final document, the specific plan will ultimately highlight unique zoning ordinances, establish key design criterion, and further integrate the Land Use and Circulation Element (LUCE) into the downtown.

“This is an exciting time for the evolution of downtown,” Sarah Lejeune, a principal planner at City Hall, told council members. “There is a significant development interest in the downtown. The specific plan will prepare for the increase in pedestrian transit and bike activity, along with guiding development with development standards.”

Though the first iteration, the Downtown Specific Plan presented a smorgasbord of community input about some current concerns of the central business district and what some stakeholders hope to see addressed as the new downtown takes shape.

Perhaps not surprisingly, parking and traffic topped the list of resident concerns. According to the presentation, there was also resident input about the need for clever wayfinding devices and more residences.

As for parking, with an AMC movie theater replacing Parking Structure 3 and Parking Structure 6 currently shut down for rebuilding, many were worried about whether there will be enough parking to handle the potential influx of commuters and downtown visitors.

Mayor Pro Tem Gleam Davis said housing might be a viable solution to the community concerns of parking and traffic.

“The biggest solution to traffic and parking is to have people live downtown,” Davis said. “How do we integrate housing, not just for young singles, but for older people who want to use the amenities in a close, walkable downtown.”

She added, though, the key to evolving Downtown Santa Monica into a desirable destination is to make it as “friendly” as possible.

In addition to addressing parking concerns, the next iteration of the Downtown Specific Plan may also address another stakeholder-expressed concern: improved design norms. Where the quality of design plans of some DAs have been the subject of debate at Planning Commission and City Council meetings in the past, it is the hope of local residents that the specific plan establish certain benchmarks to ensure designs of future private and public developments carry certain – and agreeable – high standards.

Other raised issues included height restrictions and the preservation of historical buildings.

Council member Pam O’Connor pointed out the presentation of the Downtown Specific Plan was a reminder of the significance of urban design in “creating a place” focused less on specific buildings but instead on the community collective.

City Hall will consider a variety of alterations and enhancements before returning to the council with an updated plan. Among the topics to be considered include enhanced pedestrian and bicycle plans, parking rates, public art, open space, and urban design issues.

“We want people to enjoy the downtown and not use it as a jumping off point to go into other places,” Community and Strategic Planning Manager Francie Stefan said.

It will be at least one year before council members will come to a vote on the final Downtown Specific Plan.