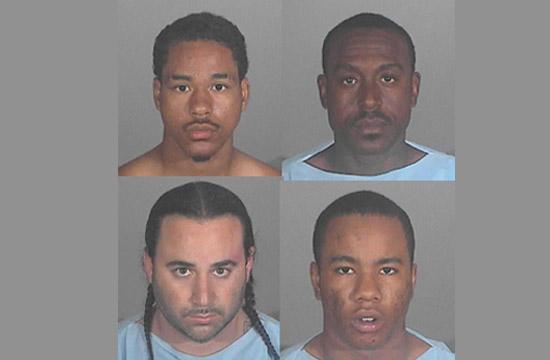 Four men involved in Santa Monica’s last fatal gang-related shooting, which occurred on Nov. 3, 2009, have all been convicted in the past week with sentences ranging from 50 to 90 years behind bars.

The victim of the shooting was Richard Juarez, a 20-year-old Hispanic male, who was fatally shot at Virginia Avenue Park on Pico and 20th Streets in Santa Monica.

Juarez was among four individuals at Virginia Avenue Park just before 9 p.m. when two suspects walked towards them from Pico Boulevard and began shooting. Three of the four individuals ran and were able to avoid being struck by gunfire, but Juarez was fatally gunned down.

A police sergeant was driving in the area of the 2100 block of Pico Boulevard when he heard the shots. He saw two suspects running from the park area, toward a vehicle occupied by two other males. The sergeant drove behind the vehicle and the two suspects on foot continued running south onto 22nd Street and out of sight. The vehicle and its occupants were detained while a perimeter was established to contain the two suspects who fled on foot.

One of the suspects was found hiding under a van to the rear of a residence during a K9 search. K9 and SWAT officers located the second suspect hiding in the rear yard of a vacant home. A total of four suspects, two of whom were in the car the two who fled on foot, were taken into custody and booked at the Santa Monica Police Department.

Sean Alex Murmer, 31, and Norman Lovan Cole, 36, were both sentenced to 50 years to life last Thursday at the LAX Courthouse.

SMPD Sgt. Richard Lewis said all four suspects had remained in custody since the night of the shooting.