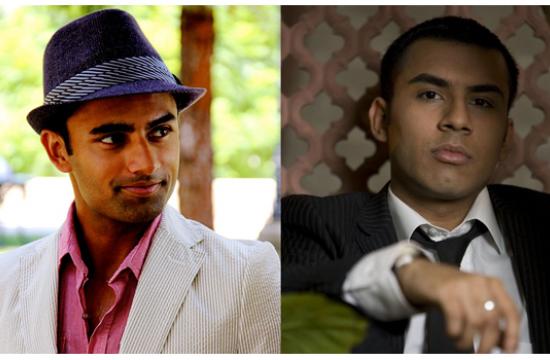 But when Maroon 5 were touring in London in November 2011, they hooked up with international production team The Dualists — Apte and his London-based co-producer Manon Dave — to produce the club friendly version that became PJ Morton’s promo single for radio and online distribution.

Together the pair used plunging bass lines, hammond organs, and hand claps to give the track a hint of the Purple One, but with twisted horns and Adam Levine’s smooth-as-butter accompaniment.

The track has since garnered ‘Heavy’ rotation, being a featured track worldwide on Spotify, and getting airtime on the UK’s largest radio station, BBC Radio 1.

The Dualists have also been commissioned to write and produce the theme song for a major non-government organization in the United Kingdom called “The Real Man Campaign” that raises awareness about domestic violence and woman’s rights issues.

“That track will be released by mid-April, it’s great to be part of a campaign with a positive and important message,” Apte said. “Being supported by the UK Government, we’re expecting ‘Real Man’ to get big exposure on radio and online.”

The Dualists wrote and produced the track with Stan Carrizosa, a California native and emerging singer/songwriter. Carrizosa was formerly a winner of the Disney Channel’s “High School Musical 3,” and has gained a considerable online following since via his YouTube channel.”

For more information on Tushar Apte and The Dualists, visit www.thedualists.com.

To find out more about “The Real Man Campaign,” visit www.realmancampaign.com.