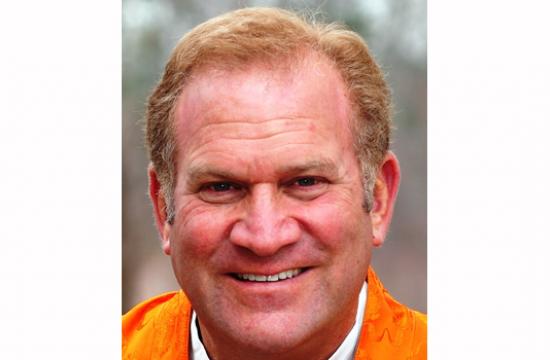 Lama Surya Das, one of the foremost Western Buddhist meditation teachers and scholars, will make a rare Los Angeles appearance as part of the InsightLA 10th Anniversary Speaker Series from 10 a.m. to 1 p.m. this Saturday, March 17. The event will be held at the First Presbytarian Church, 1220 Second Street in Santa Monica.

Das, whom the Dalai Lama calls “the American Lama,” has spent nearly 40 years studying Zen, Vipassana, Yoga, and Tibetan Buddhism with many of the great Asian masters. He is an authorized lama in the Tibetan Buddhist order, a leading spokesperson for Buddhism and contemporary spirituality, a translator, poet, meditation master, chant master, and spiritual activist.

In 1991 he established the Dzogchen Centers and Dzogchen Retreats (www.dzogchen.org) and in 1993, with the Dalai Lama, he founded the Western Buddhist Teachers Network and regularly organizes its International Buddhist Teachers’ Conferences.

Das is a regular contributor at Beliefnet.com, Tricycle magazine, and The Huffington Post. His blog, Ask The Lama, can be found at http://askthelama.com.

In his inimitable witty style, Das will discuss “presencing:” cultivating mindful awareness and lucid presence of mind in formal meditation and daily life. He will describe the six kinds of mindfulness, or remembrances, from the Tibetan tradition, as well as his own original spin on the theme, based on Tibetan Dzogchen teachings.

InsightLA is a non-profit organization founded by psychologist and meditation teacher Trudy Goodman, PhD, and is dedicated to mindfulness training.

For more information, and to register, visit www.insightla.org. Ticket prices for this event are available on a sliding scale from $30-$50.