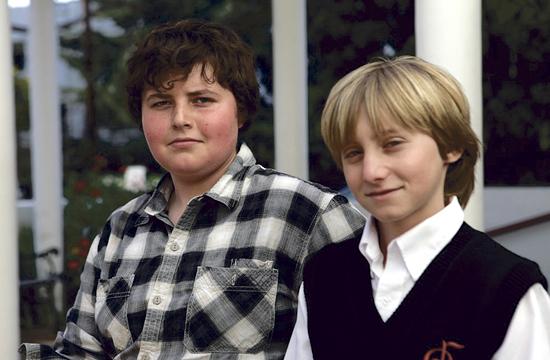 Fourteen-year-old Santa Monica resident Gabriel Ziaukas will take to the Broad Stage tonight as part of the National Children’s Chorus’ “Journey of Song” concert at 7 p.m.

The evening’s program will progress through five time periods beginning with Gregorian chant and culminating with two new contemporary works by up-and-coming composers.

Ziaukas will conduct the piece “Dawn” as part of the concert, which was written by 13-year-old Santa Monica composer, Joss Saltzman.

“Many children my age are interested in pop stars,” Ziaukas said. “My idol is Gustavo Dudamel, who continually inspires me. I hope to land an internship at the L.A. Phil and to one day be a conductor.”

When asked about conducting Saltzman’s piece “Dawn,” Ziaukas said it was not just about the journey of the art form music, but it was also about the journey that the choir had taken over the past two and a half months when they practiced the music.

“When I first saw Joss’ composition, I started looking at the tools he had given to express his piece,” Ziaukas said. “His lyrics, especially, encourage people to ‘rise as one,’ which is what I hope to convey as the conductor as I aim to bring out the talent and collective energy of our chorus, making it a fantastic end to the concert.”

Saltzman said he wrote his piece “Dawn” to convey that music transcends all barriers. “The lyrics and harmonies have to do with the support that people can give each other,” Saltzman said.

When asked how much editing or input the piece required from an adult, Saltzman said that National Children’s Chorus Artistic Director Luke McEndarfer considered Dawn a finished piece with the exception of shortening and adjusting a few note values so that singers would have more time to breathe.

Despite Saltzman’s desire to become a contemporary singer-songwriter in the future, “Dawn” took Saltzman mere days to complete, a major feat for any age.

McEndarfer said he was pleasantly shocked and surprised when he received the piece written by Saltzman.

He said it was excellently written and was something that he wanted the chorus to perform.

“As Journey of Song was designed to delve into the mind and process of the composer, I knew immediately that this was the event to showcase this amazing expression of young and pure talent,” McEndarfer said.

For tickets or more information, www.nationalchildrenschorus.com