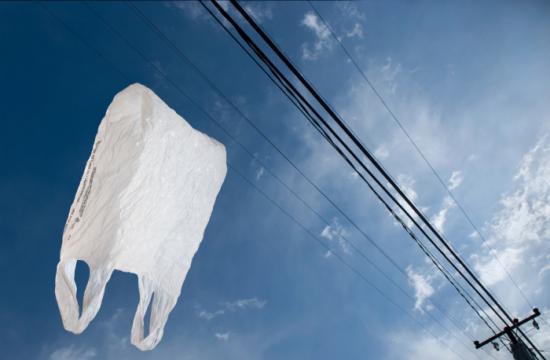 Under the measure passed in 2010, plastic carryout bags are no longer available in supermarkets, large retail pharmacies, liquor stores and food marts in unincorporated areas of the county, which encompasses 1 million residents. Shoppers have the option of purchasing paper bags at checkout for 10 cents each.

Hilex Poly, a large plastic bag manufacturer based in South Carolina, had filed a writ claiming the county’s 10-cent charge constituted an illegal tax measure. Citing Proposition 26, Hilex Poly argued that the ordinance was unconstitutional because it turned retail stores into de facto tax collectors for the county.

But in a decision issued Friday, Judge James Chalfant rejected that claim, thereby validating the ordinance, which has served as a model for many municipalities in the nation working to curb the environmental and fiscal waste created by single-use bags.

The court ruled that the levy on paper bags is not a tax because retailers keep all of the money collected, as set forth in the ordinance. Retailers use the money to offset the costs of supplying paper bags to customers and complying with the ordinance, as well as providing consumer education materials.

Since the measure took effect in July, retailers have seen a 94% reduction in the distribution of single-use bags in unincorporated areas, according to preliminary analysis by the county’s Department of Public Works.

Environmental group Heal the Bay has led the legislative fight to enact bag bans throughout L.A. County and at the state level as part of its ongoing efforts to tackle plastic pollution in California seas and neighborhoods.

The decision will provide breathing room for the dozens of cities statewide considering similar ordinances, many of which have been threatened with legal action by bag manufacturers. In the next few weeks, the city of Los Angeles will consider a bag ban, which may include provisions similar to the county’s ordinance.

“An appeal is expected, but this is a great first test case for Prop 26,” said Jennie Romer, a lawyer and founder of plasticbaglaws.org. “It’s encouraging for California cities moving forward with second generation plastic bag ordinances.”

Heal the Bay is sponsoring statewide legislation with Assemblymember Julia Brownley that would ban plastic bags throughout the state of California. The measure is expected to be considered by the state legislature this summer.

“This case is far from resolved. Typically an issue that sets an important tax precedent moves forward in the courts, and we expected this case to be heard in the appellate court. We welcome an open debate about bag bans and taxes, but in this case, the county overreached by imposing a charge that is illegal and a hidden tax, exactly what Proposition 26 intended to stop. Proposition 26 was implemented to counter situations where taxes are labeled by the local government as ‘fees’ in order to circumvent the electoral process. By imposing a bag tax on its residents without a public vote, LA County violated the constitution, and we are confident in our case as it moves to the appellate courts.”