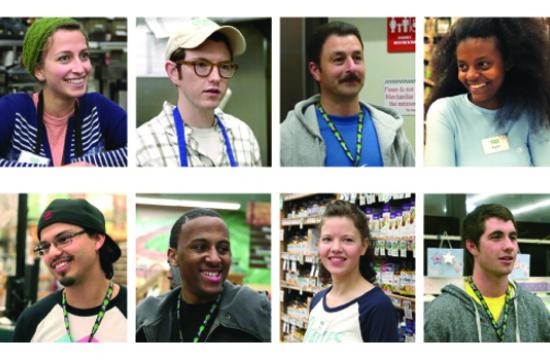 The ninth episode is set to air this Sunday, March 25.

Wolfinsohn has directed four feature films and has had two previous web series that have been picked up by networks such as Nickelodeon and Cartoon Network’s “Adult Swim” channel.

“I’ve wanted to do a funny, interesting web series that involves around some daily activities at a grocery store for a while,” Wolfinsohn said. “The CO-OP was definitely a top choice in mind. Not only are there interesting people working at there, but the store promotes healthy eating/living.”

He said comedic narratives tend to communicate more efficiently in the realm of social media, so he thought the videos would introduce the store to people who were previously unaware of the CO-OP, even though that wasn’t the primary goal of the project.

“Like I’d mentioned before, my sole intent was to make some short videos that will entertain myself and my friends, and hopefully other people, too,” he said. “No one gets paid to make any of these videos. After filming each episode, I’d buy breakfast/food at the CO-OP for each person who participated.”