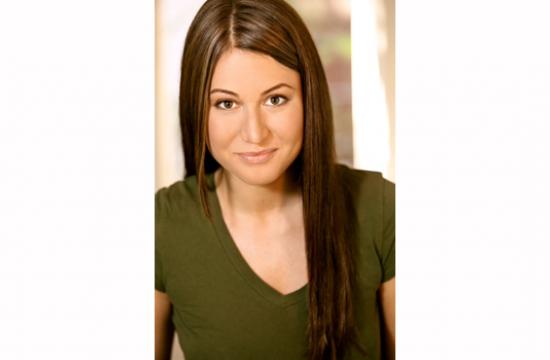 Born and raised in Auckland, New Zealand, Celine Wallace is rapidly gaining notoriety as an up and coming actress in Los Angeles. Wallace fell in love with show business at the age of seven when she auditioned and won the roles in several musical theater productions in her home city.

Her talent was soon recognized and she was invited to join a professional theater company at the age of 14.

Wallace has trained at some of the most prestigious institutions such as The Neighborhood Playhouse School of Theatre in New York while also completing a bachelor’s degree in Performing and Screen Arts.

She has performed throughout New Zealand and the United States. A perfectionist in her craft and meticulous in her preparation for her roles, her vivacity and dedication brings her characters to life on stage and screen.

Since moving to the bright lights of Los Angeles, Wallace has had outstanding achievement by appearing in multiple film and theater projects. Two Santa Monica theater companies – The Ruskin Group Theatre and The Edgemar Theatre Company – that are critically acclaimed and known for their high-caliber productions scouted her.

She recently worked for Warner Bros. as a casting associate on the pilot “Oh F**k, It’s You,” which is set to be the romantic comedy hit of the season.

Wallace is an example of a young woman going after her dream that is making great contributions to her field and is fast becoming one to watch.

She performs every third Sunday at The Ruskin Group Theatre in Santa Monica as part of the LA Café Plays series and you can also follow her current projects on her Facebook Fan Page — facebook.com/celinewallaceFB.

What is your role in the Ruskin Group Theatre’s LA Cafe Plays Series?

I am lucky to have been the lead female actress in every play I have performed for the Ruskin’s LA Cafe Plays Series. Recently, I was also asked to direct my own play for the series, which was nerve racking but rewarding and successful.

What drew you to acting in the first place?

Imagination and curiosity! I think Meryl Streep once articulated it perfectly ‘I’m curious about other people. That’s the essence of my acting. I’m interested in what it would be like to be you.’

What has been the most rewarding thing in your acting career so far?

Going through an extensive auditioning process throughout the whole of New Zealand and finally being accepted as one of the top 15 students into New Zealand’s Unitec Ivy League Drama University.

When were you most tested as an artist?

Moving to Los Angeles has been one of the most challenging obstacles in my career because you really realize how disposable you are as an actress.

When you look at the acting industry today what do you hope to contribute to it?

I hope to bring depth and empathy to the industry. I would love to inspire other individuals and offer them a means of escapism through my performances.