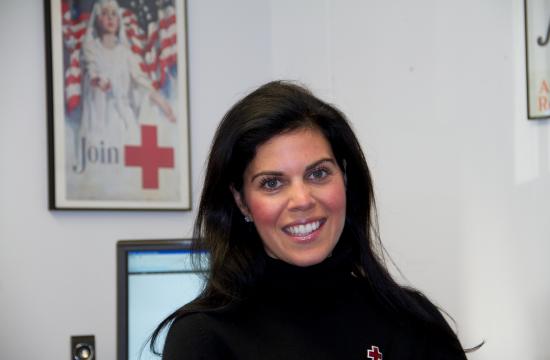 Jacobs, 33, brings to the Santa Monica chapter an extensive background in fundraising and public relations for both non profits and private corporations.

Jacobs comes to the Santa Monica Red Cross from Boston, MA where she most recently held the title of Deputy Executive Director and Chief Development Officer of Heading Home, a homeless services agency. There, she spearheaded the organization’s long term strategic planning process and managed the non profit’s Board of Directors in ensure fulfillment of funding development goals.

Prior to joining Heading Home, she was Vice President of Business Development for the real estate firm of CB Richard Ellis/New England. Previously, she was Director of Fundraising for the United Way of Massachusetts Bay and Senior Public Relations Manager for Raytheon Company in Massachusetts .

Jacobs graduated with a Bachelor of Science in Communications from Boston University.

At the Santa Monica Red Cross, Jacobs will oversee the chapters activities and will be heavily involved in fundraising in addition to overseeing day-to-day operations which include disaster preparedness and relief functions, staff and volunteer responsibilities and working with the chapter’s Board of Directors on Red Cross initiatives and goals. Her first major project is the chapter’s major annual fundraiser, the Red Tie Affair on April 21.

“I’m honored to be a part of such an esteemed organization and hope to make a lasting and meaningful impact on the community,” Jacobs said. “I’m so grateful for the warm welcome that both the American Red Cross and the Santa Monica community have extended to me.”

She succeeds John Pacheco who retired Jan. 2 after 35 years of active service for the American Red Cross in the Los Angeles area.