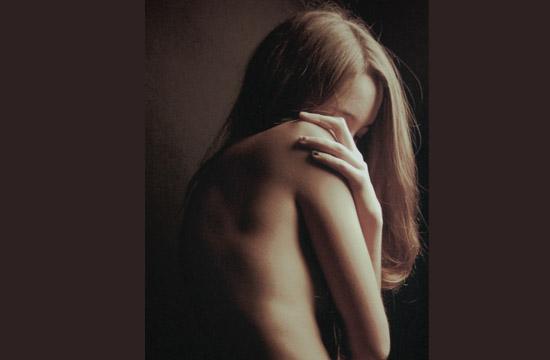 Parents and students are still struggling to come to terms with what was meant to be a public display of art by a Santa Monica High School student at a recent photography exhibition that turned into a controversial issue resulting in the departure of the school’s art teacher, Allan Barnes.

A Samohi photography student, senior Carina Ramirez, took several photographs of semi-nude subjects. Many of those photographs were taken on campus. Ramirez said she followed Barnes’ rules and guidelines, which included a provision that any “nude” photos shall not include nipples or genitalia.

In simpler terms, a student’s semi-nude photograph could not reveal any more human flesh than can be viewed at Santa Monica’s local beaches.

Still, despite Ramirez’s attempts to be artistically creative and follow the guidelines through photography, her work was possibly linked to Barnes’ departure from Samohi. Many parents and students are wondering why.

“These photographs were not assigned,” June Stoddard, a Samohi parent, told The Mirror, adding that neither parents nor students complained of Ramirez’s photograph, which featured the subject’s bare back, shoulders, and arms, displayed at a December exhibition.

“The show was enjoyed pretty unanimously. However, someone, it must have been a district employee, viewed the show, and (they) were disturbed by (the photo), found it inappropriate, and went to the administration,” Marianne Borgardt, a Samohi parent who attended the exhibition, told The Mirror. “They decided to look at the server to see what other pictures had been downloaded on the school-wide server.”

Indeed, the chain of events that eventually resulted in Barnes’ departure all started when the school district’s server was analyzed for additional photographs that Ramirez had uploaded prior to the exhibition.

Not having a copy of Photoshop on her computer, Ramirez did the next logical thing: use the photo-editing software on a Samohi computer. The photographs, she says, were taken for her college portfolio. Ramirez also added that Barnes had no knowledge of the photographs or her uploading and editing of them on school computers, prior to the exhibition.

After Ramirez edited her photographs and decided which one to use in the exhibition, she told The Mirror she deleted them from the school computer.

“Someone told me the pictures were viewed once they were deleted from the computer,” she said, adding that Samohi Principal Laurel Fretz told her she thought the photograph used at the exhibition was beautiful but that there were the others uploaded that raised a concern.

“Once I took (the photos), I decided that the one that was in the show was appropriate,” Ramirez added. “Everything was covered and I thought it would be okay to use in the show.”

One of Ramirez’s friends and art classmates, Sofia Bernstein, said she was with Ramirez when informed by Fretz that (Ramirez’s) pictures were found on the server. Bernstein added that Fretz had informed Ramirez that she would not be punished in anyway for her work.

However, the following day, Barnes was not in class. A substitute has been serving since.

“Had he known about (the photos being on the server), he would not have let this happen,” Bernstein believed.

Immediately after his departure, Bernstein said the substitute told students that Barnes was absent due to back problems. Students were later informed Barnes’ absence would be permanent.

Barnes, who was just months away from achieving tenure status, has since continued to maintain a photography blog since leaving Samohi.

Still, the impact on students has been noticeable, Ramirez told The Mirror.

“The class conditions are far worse (now),” she said. “With Barnes, we had a great class. Now, the class is just lazy, half of us are just sitting outside and just talking. There’s no structure.”

Even more, students have apparently chosen to drop the art class. There were more than 30 students enrolled in his class prior to Barnes’s departure, according to students. Now there are less than half that, students say.

In light of the recent events, parents and students now worry both school administrators and district officials will, in a knee-jerk reaction, make every effort to instill draconian measures to closely monitor everything that happens in the art department at Samohi.

“To think that they are going to monitor this program … better or safer for the students by these draconian measures of taking down any privacy … is wrong,” Borgardt told The Mirror. “We don’t guide our children by reading their diaries and having a video camera on them. We try to guide them by establishing trusting relationships. He (Barnes) developed those kinds of relationships with his students, of trust (and) mutual respect. That’s what was so destructive, to see this rug pulled out from under him.”

Petitions, online and hardcopy, were circulated in support of Barnes; there are hopes members of the Santa Monica-Malibu Unified School District (SMMUSD) would reinstate Barnes. Ramirez said nearly 200 signatures were gathered and then presented to the SMMUSD at its board meeting on Feb. 16.

According to Borgardt, the school board had met with Barnes then later sent him a letter of reprimand, outlining what it thought were “discrepancies.” She added that Barnes addressed each “discrepancy” in a four-page response letter.

“They were basically holding him responsible for not having sufficient oversight over the students,” Borgardt said. “I don’t believe they accused him of either making that the assignment or even having any knowledge, but they were saying he should have.”

Borgardt added Barnes had provided his students with the same photography rules and guidelines provided to him by his predecessor.

Of greater concern, at least for the students, is the ultimate lesson they should learn from Barnes’ departure.

“The underlying problem was never really addressed,” Bernstein said. “For all we know, we can still keep taking naked pictures and no one will get in trouble for it. We were never even told why our teacher was fired. For all we know, our teacher had back problems and decided to desert us.”

Just the same, Ramirez believes the departure of Barnes, who she pointed out provided an ideal atmosphere for learning and personal growth, may have a chilling effect on other instructors who want to provide equally compelling learning situations for his or her students.

“So many teachers are supposed to (say) ‘we’re here to inspire you, we’re here to teach you,’ but then if you do one thing to push the boundary, it’s done. You don’t get to be inspired anymore,” Ramirez said.

Since speaking at the Board of Education meeting, students held a protest at Samohi in support of Barnes.

“Our protest was formed not be against our new long-term substitute but to show our indignation of the current situation,” junior Julia Gerhardt told The Mirror. “A lot of the student body is unaware of what really happened to Mr. Barnes and they all deserve an explanation. We’re not trying to confuse or manipulate any part of the story, we just want people to know the truth and understand where we are coming from.”

Ultimately, parents and students alike hope for Barnes to be reinstated as a Samohi instructor.

Both Fretz and SMMUSD board members told The Mirror they could not comment on personnel matters. One school board member stated proper due process was followed in the handling of Barnes’ employment at Samohi.

Filling in for Barnes as a “long-term substitute” is Alice S. Hall, who, in 1986, was the first female photographer at NBC Television. She is a graduate of Pasadena’s Art Center College Design, where she has served as an adjunct professor. Hall has also taught Burbank High School and UCLA Extension.