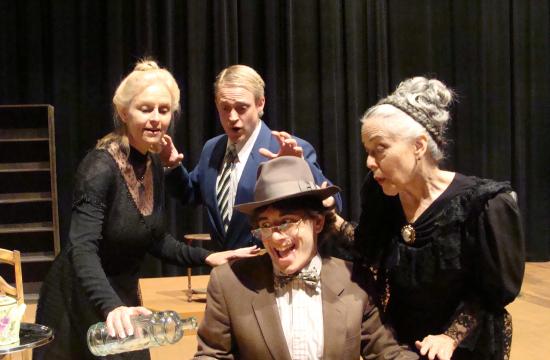 A popular black comedy that has been widely performed since it opened on Broadway in 1941 and has been translated into many languages, “Arsenic and Old Lace” follows Mortimer as he discovers that madness runs rampant in his family. Relatives include a brother who imagines himself to be Theodore Roosevelt and his maiden aunts who have taken to murdering old men by poisoning their elderberry wine.