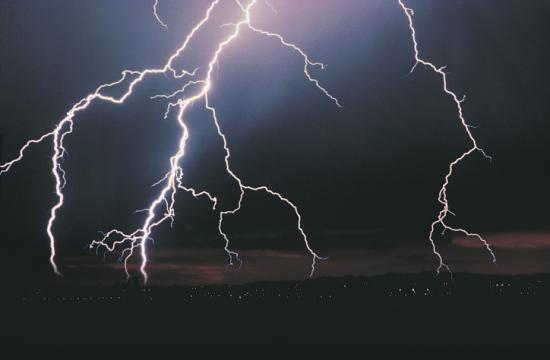 Thunderstorms that could produce small hail are predicted for Santa Monica after 11 a.m. today, according to the National Weather Service.

Today’s high is expected to near 60 with south southeast wind around 15 mph, with gusts as high as 25 m.p.h. NWS says the chance of rain is 100 percent.

Tonight, showers and possibly a thunderstorm are expected before 11 p.m. with showers likely. Some of the storms could produce small hail. Low around 48. South wind between 10 and 15 m.p.h becoming calm. Winds could gust as high as 20 mph. Chance of rain is 100 percent.

Monday will be mostly sunny, with a high near 61. Calm wind becoming west southwest between 10 and 15 m.p.h. Winds could gust as high as 20 m.p.h.

Monday night will be mostly clear, with a low around 48. West southwest wind between 5 and 10 mph becoming calm.