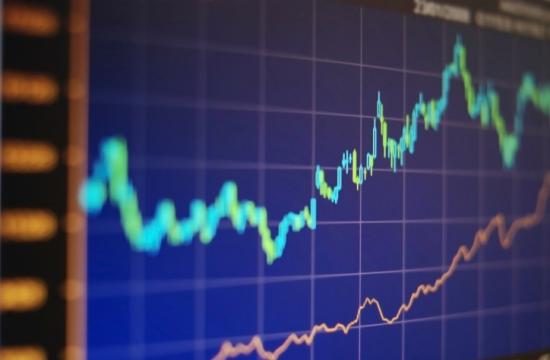 The Dow Jones Industrial Average, S&P 500 Index, and the Nasdaq Composite Index finished this past week with gains of about 1 percent to finish the first quarter up 8 percent, 13 percent, and 19 percent respectively. But, with anemic trading volume throughout the quarter, suspect technicals, and weaker earnings expected, many analysts continue to expect a correction.

From a technical analysis standpoint, stocks are very extended. We have been in a rally since the October lows, during which stocks have gained roughly 30 percent. From the December lows, we are up more than 18 percent. In my experience, when stocks make a run of this magnitude, and within such a short time-period, they tend to take breathers, even in the strongest economic environments.

The Dow and Nasdaq ended the quarter comfortably above psychological support levels, with the Dow above 13,000 at 13,212, and the Nasdaq well above 3,000 at 3,092. The S&P 500 however closed at 1,408, only slightly ahead of the 1,400 level and having dipped below 1,400 this past week. Additionally, the S&P 500 had a technical breakout above 1,414 recently, but quickly reversed and violated that level to close below it. The Nasdaq, with its 36% gain from the October lows, looks very extended and ripe for a pull-back.

Some analysts believe that stocks advanced during the quarter because investors believe that the worst is over for Europe, and more prosperous times are looming worldwide. I have a somewhat different take on the situation, believing that stocks are the only game in town—the only asset class that is performing. Bonds are in a bubble, with historically low yields, so income investors are being forced to assume greater levels of risk to try to get returns in stocks. Real estate prices are still moving lower and even commodity prices appear to be stalled. Maybe not so surprisingly then, energy, healthcare, and consumer staples rose the most among the 10 major sectors represented in the S&P 500. Spiking oil prices are largely responsible for energy stock advances, while both healthcare and consumer staples are defensive sectors.

Too many bites from the Apple?

One major concern for me is the impact that Apple’s 48 percent year-to-date climb has had on the overall market. Apple’s gain is responsible for 15 percent of the entire advance of the S&P 500 for the first quarter. In 23 years of experience, I cannot recall a single instance where one stock has made such an impact on the overall market. Interestingly Apple’s shares fell 1.7 percent on Friday.

Perhaps most concerning about this past quarter’s impressive gains is the lack of significant trading volume. In fact, money has flown out of domestic equity mutual funds, which are most frequently preferred by smaller investors or advisers acting on their behalf. Last year marked a fifth year in a row of more money leaving domestic mutual funds than being invested, and this trend continued into 2012 with January and February marking the ninth and tenth consecutive months of outflows from domestic equity mutual funds. In March, an estimated $6.07 billion left domestic funds during the first three weeks of the month.

Exchange traded funds (ETFs) have been exploding, however, which receive about half of their inflows from institutional investors, including hedge fund. Lingering anxiety associated with the collapse of the financial markets in late 2008/early 2009 has kept many investors largely on the sidelines, despite the powerful rally we have experienced since that time.

In fact, the volume for New York Stock Exchange-listed shares traded on all exchanges has averaged 3.8 billion this quarter, down 14 percent from the first quarter of last year. That’s the lowest average volume for a first quarter since 2007. The daily volume for S&P 500 stocks, irrespective of stock exchange, is averaging 5.8 million in 2012, versus 6.3 million in 2011, 6.7 million in 2010, and 8 million in 2009, (Factset Research Systems Inc.). Typically rallies that are not accompanied by strong volume are suspect, especially when they are long in the tooth, as is the case with stocks today.

We have a very important week ahead, with both economic data and a few companies reporting first quarter performance. We will see March retail data, March auto sales, the ISM Services Index, and jobs data, with the Commerce Department’s monthly employment data released on Friday, which is a market holiday. The S&P 500 companies scheduled to release quarterly results in the coming week include Bed Bath & Beyond, Monsanto, CarMax, and Constellation Brands. The real earnings season will kick-off with Alcoa reporting on April 10th.

Over the course of the first quarter, analysts have lowered their quarterly earnings estimates for companies in the S&P 500 to $226.6 billion, or $23.87 a share, from $233.7 billion, or $24.64 a share, which is a 3 percent decline, according to FactSet Research. Overall companies in the S&P 500 are expected to see an earnings decline of 0.1 percent from the year-ago period, which isn’t a meaningful decline, but with stocks trading at such lofty levels, anything other than strong gains may disappoint investors looking for any reason to lock-in profits.

Is a correction imminent? I believe so, but then I have been expecting one for a while now. Markets can certainly sustain rallies and remain in overbought conditions for long periods, just as they can overcorrect and stay in oversold territory for extended periods. I do believe we will see a correction shortly, but I am not a market timer. I prefer to hold cash and wait.

My real concern now is the magnitude of a correction—with so many investors holding stocks that probably shouldn’t be in the stock market in the first place—bond and other investors looking to replace lost income due to poor bond market and real estate performance, I believe there is the potential for strong momentum to the downside, should stocks begin to decline. If this is the case, we could see stocks fall by a much larger percentage than one would normally expect to see in a bull market correction. And don’t forget about Apple. Apple is such a significant weighting in the NASDAQ and in the S&P 500 that and significant drop in Apple could prove painful for stock investors.