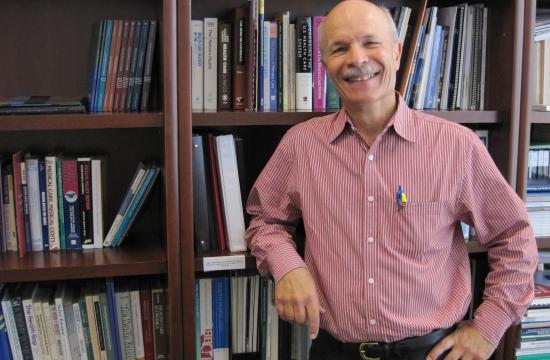 A Santa Monica civic servant has died, it was announced on Monday, as E. Richard Brown, chair of the Santa Monica Airport Commission, succumbed to a stroke while attending a conference in Kentucky. He was 70.

In addition to serving as chair of the Airport Commission, Brown also founded in 1994 the UCLA Center for Health Policy Research; he was also a professor at UCLA’s School of Public Health.

Beyond his service at nearby UCLA, Brown also played a significant role in advocating health care reform on the national stage, advising legislators, presidential candidates, and even The White House on universal health care and related policy. Among those he worked with were President Bill Clinton as a senior consultant to his Task Force on National Health Care Reform and Barack Obama during his presidential campaign in 2008.

Brown had also served as president of the American Public Health Association and frequently testified in front of the House of Representatives, the U.S. Senate, and Sacramento.

The advocate and researcher was reportedly most recently working on a study on how to make health care more easily available to the disabled and minorities.

According to a statement released by the UCLA Center for Health Policy Research, the core vision of Brown’s research and work “was the concept of credible and comprehensive data that could make a non-partisan case for policies and programs aimed at improving the health and well-being of all Californians and the nation.”

His vision was evident in local, state, and national legislations. For example, Brown in 1990 co-authored California’s first single-payer health care legislation, as well as “several other health-care reform bills in the 1990s and 2000s, which helped shape the policy and political dialogue on health care reform during those decades.”

On Monday, Brown was to lead the Commission’s April meeting on a special agenda item, a community workshop for Santa Monica Airport’s (SMO) 2015 Visioning Process.

At that meeting, which was chaired by Goddard, surveys, legal analyses, economic reviews, land use evaluations, and SMO’s prospective plans after 2015 (when City Hall’s lease with the Federal Aviation Administration expires) were discussed.

“Rick Brown was a talented human being, a gifted scientist, and community leader. He was a person of the highest integrity and gave generously of his time to the City,” City Manager Rod Gould told The Mirror in an email. “We are deeply saddened by his passing and we will miss him.”

The Airport Commission will operate with its four members – Goddard, Peter Donald, Ofer Grossman, and Stephen M. Mark – until an appointment is made by the City Council to replace Brown.

Brown was born in New Jersey to Eastern European immigrant parents. His wife of 46 years, Marianne Parker Brown, his daughters Delia Brown and Adrienne Faxio, his son-in-law John Faxio, his granddaughter Makeda, and his brother Julian Horowitz survives him.

Notes of condolence and support may be left at a memorial website, www.rememberingrick.com.