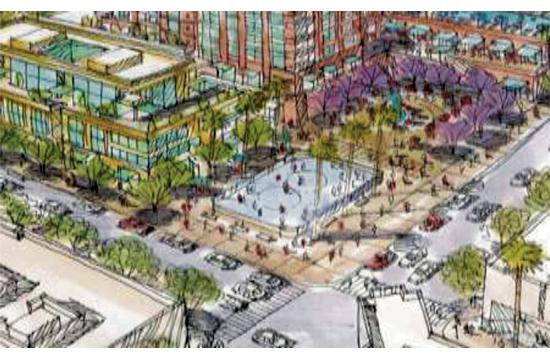 Developers seeking to build in Santa Monica do not necessarily have to be bound by the City’s many restrictive zoning ordinances. City Hall allows a developer to enter into a Development Agreement (DA) and agree to concede certain “community benefits” in exchange for the right to build projects larger than it would otherwise be permitted.

The Santa Monica City Council on Tuesday dabbled with how it could best strike a balance of allowing developers to build projects that exceed height or size zoning ordinances in exchange for the right amount of community benefits.

It was a debate without immediate finality, as council members spent a significant chunk of their April 10 meeting fleshing out DAs and community benefits as part of a study session.

At the heart of the debate was whether City Hall was asking for too much or if developers were being too misery. By the time the study session came to an end, council members stressed the need to clearly define what, exactly, is a community benefit and how best to receive input from Santa Monicans about the types of allowances from developers they find ideal.

On the other side, HR&A Advisors’ Partner Paul Silvern told the dais that developers might not be amenable to providing certain community benefits, instead causing them to reconsider doing business in Santa Monica.

Possible case-in-point? Council members three weeks ago pushed forward a community benefit requiring the developer of a planned hotel at 710 Wilshire to pay hospitality workers employed there between $11.29 and $12.54 per hour. Some suggested the developer ensure such employees earn at least $14.97 per hour during a heated discussion at the March 20 council meeting.

The study session’s ultimate takeaway: council members and staff will look more closely into clearly defining what, exactly, is a community benefit. As part of that determination, staff will also seek how residents can provide input to City Hall on the community benefits they would like to developers to provide.

In effect for 30 years now, DAs have allowed for City Hall to have an interesting interaction with developers in allowing them to build here while also making them think beyond the project and how it effects the surrounding neighborhood.

“Because of their greater regulatory flexibility in exchange for greater assurance they provide for a developer, (DAs) have traditionally been used as a means to contribute to achieving city policy goals,” a staff report to council members stated. “Some of the specific community facilities that have resulted from contributions from previous development agreements include public park and park improvements, several childcare centers with subsidies for low-income families, and community health access.”

While City Hall seeks community benefits from the developer during the DA negotiation, at least one council member – Davis – said some of the “benefits,” such as LEED Silver status, should be requirements.

In all, there are more than a dozen projected or active DAs in Santa Monica, with six of them being approved after the LUCE was implemented nearly two years ago. According to City Hall, DAs are required for any development surpassing 32 feet in height.

Among some of the recent community benefits negotiated into DAs include a Traffic Demand Management, or TDM, plan, ground floor office space, affordable housing, and bicycle facilities.