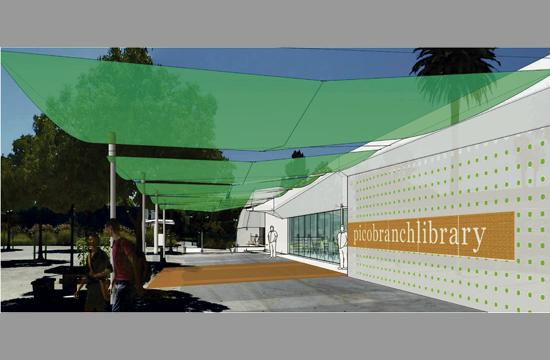 The Pico Branch Library took another step toward its ultimate development last week when the Santa Monica City Council chose a construction management firm to spearhead the building of the latest addition of the public book depository.

Swinerton Management and Consulting beat out 37 other firms in its campaign to earn the right to transform Virginia Avenue Park into the home of the fifth branch of the Santa Monica Public Library (SMPL). Council members approved the awarded contract – worth $768,020, according to staff – as part of the consent calendar at its March 27 meeting.

City Hall believed Swinerton was the best candidate for the library’s construction management due to its relevant experience and knowledge of Santa Monica, particularly the area surrounding Virginia Avenue Park.

“The project team has current experience with projects within Santa Monica and the neighborhood surrounding the Pico Branch Library,” a staff report stated.

Also helping Swinerton’s case was that, in the past decade, it had reportedly either “constructed or provided construction management services on over $260 million of library and related government projects.”

The construction firm has also assembled a project team that, according to staff, “has current and recent experience providing construction management, estimating, and inspection services on library projects for the City of Monterey Park, City of Fullerton, City of Alhambra, and (Los Angeles) Pierce College.”

Construction of the Pico Branch Library is expected to commence in June; the latest addition to the SMPL should open its doors in late 2013 if everything goes as planned.

The Pico Branch Library is proposed to be a single-story, 8,690 square foot building adjacent to the Thelma Terry Building at Virginia Avenue Park.

“The proposed site plan has been configured to maintain the existing number of Farmers’ Market stalls and vendors, and to minimize the impact on the existing park green space,” a staff report stated in September. “The proposed library programs include adult, teen, and children’s collections, study rooms, seating and story areas, and a community meeting room.”

Virginia Avenue Park and the soon-to-be Pico Branch Library are located on Pico Boulevard in between 21st Street and Cloverfield Boulevard.