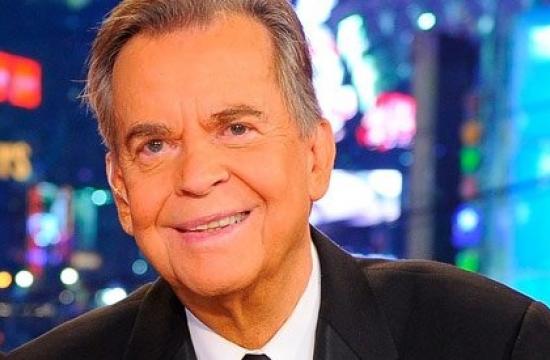 Legendary television host Dick Clark has passed away at Santa Monica’s St. John’s Health Center, it was announced on April 18. According to Clark’s spokesman and news reports, the former television host and New Year’s Eve personality died of an apparent heart attack. He was 82.

Clark, who was born in Mount Vernon, New York, in 1929, had visited St. John’s earlier in the day to undergo an outpatient procedure; he reportedly suffered the heart attack shortly afterward.

An enduring personality who entertained millions since the 1950s, Clark rose to fame as the host of “American Bandstand,” a nationally syndicated television show between 1957 and 1987 that featured the hippest and trendiest rock-and-roll tunes.

Later, the president and CEO of Dick Clark Productions hosted “New Year’s Rockin’ Eve” on ABC, in addition to the popular game show “The $25,000 Pyramid” and “TV’s Bloopers and Practical Jokes.” He also served as host of the American Music Awards.

In 2004, Clark suffered a stroke, which significantly affected his ability to talk and walk. Still, he braved the physical setback and continued to be a familiar face every Dec. 31 as the New Year’s Eve ball dropped in Times Square.

Ten years prior to his stroke, Clark was diagnosed with Type 2 diabetes.

Clark’s entertainment career started in an Upstate New York record company’s mailroom in 1945. He earned his bachelor’s degree from Syracuse University, according to reports.

According to the Associated Press, Clark was twice divorced and “had a son, Richard Augustus II, with first wife Barbara Mallery and two children, Duane and Cindy, with second wife Loretta Martin.” After parting ways with Mallery, Clark tied the knot a third time in 1977 Kari Wigton.