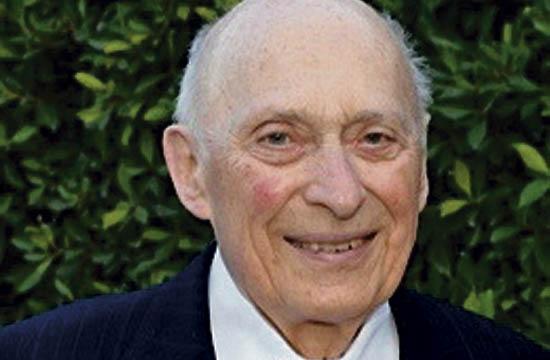 You may have seen Dr. Lester Breslow, a man in his 90s, taking his regular walk on the Boardwalk in Santa Monica. Breslow, a physician who pioneered the field of public health, was following his own advice for a long life.

These rules, Breslow’s “7 Healthy Habits,” became the foundation for many government programs designed to promote good health and longevity. What may seem common knowledge to us now is, in large part, common knowledge because of Breslow’s work.

The first survey was used to create a baseline. Follow up surveys, coded for anonymity, collected data over a 20-year period and were used to correlate health habits with disease incidence and longevity.

The methodology used in the study provided a mathematical proof that lifestyle, good health, and longevity are linked. His work expanded the definition of public health and explored the inter-relationship of the community, the environment, and the individual.

Breslow had intended to practice psychiatry but he was having doubts about his choice. His mentor at the University of Minnesota, Dr. Alex Blumstein, became a life long friend and encouraged him to go into the field of public health.

Born in Bismarck, N.D., in 1915, he was the oldest of four children; his father a pharmacist, his mother a schoolteacher.

The family moved to the Twin Cities in Minnesota in 1927. The first in his family to go to college, Breslow received four degrees from the University of Minnesota: an undergraduate degree in Science; a Medical Degree; a Master’s Degree in Public Health; and, much later in life, an honorary degree for his contributions to the field of medicine.

World War II interrupted his career, as it did to everyone who lived through those times. From 1943 to 1945, he served as a Captain under General Douglas MacArthur. With his training in epidemiology he worked as a physician and also developed preventative medicine programs to protect troops in the tropics from getting malaria and Dengue fever. He was also responsible for the clearing of returning troops for communicable diseases when they returned to port in San Francisco.

Breslow was discharged in 1945 and reunited with his first wife and three children. He wanted to continue his work in the field of public health and talked to the California State Health Department about his ideas for the prevention of chronic diseases such as heart disease and diabetes.

At first, the State Health Department sent him to the San Joaquin Valley to study equine encephalitis and to keep it contained.

But he continued to work for the State Health Department for 22 years, rose through the ranks and became the Head of the Bureau of Chronic Diseases.

In the post war period, the State Health Department created the California Tumor Registry. It was established to track disease incidence, treatment and survival, and that was how the rising trend in the incidence of lung cancer in American women was seen.

In 1965, Governor Pat Brown appointed Breslow to the position of Director of the California State Health Department. But the Director is an appointed position and, when Brown was no longer governor, Breslow became a professor at the Fielding School of Public Health at UCLA. It was 1968. By 1972 he became Dean of the school, a position he held until his retirement at age 65.

His idea of retirement was an active one. He kept on working because it made him happy to do so, doing research, mentoring students and giving lectures and talks.

He loved to be on the go, loved the theater, and loved to discover new restaurants. He also tended his garden and walked every day. He followed his own rules – no smoking, ate breakfast, sleep seven to eight hours per night, no snacking, weight to height balance, alcohol in moderation, and exercise.

Breslow received great recognition in his lifetime; he was the advisor to presidents, the recipient of prestigious medical awards (including the Lienhard Award from the Institute of Medicine), the Sedgwick Medal from the American Public Health Association, and the University Service Medal. He died in April of 2012, at the age of 97. His long life is a testament to his work and we are his beneficiaries.

My thanks to Devra Breslow; she is a talented, professional woman in her own right and Lester’s wife of 44 years. Without her help this column could not have been written.