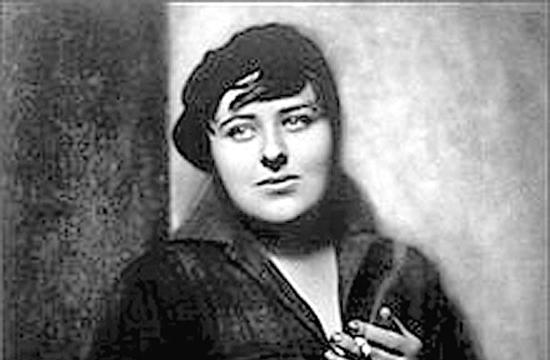 Pancho Barnes (1901-1975) joined 19 other women pilots, including the most famous woman aviator of the time, Amelia Earhart, as they took off from Santa Monica Airport. The women were flying in the first Women’s Air Derby.

It was 1929, a time when only nine years earlier women had won the right to vote and there were about 2000 licensed pilots in the U.S., which fewer than 30 were women. It was a sign of the importance of the race that so many of the woman pilots were competing. Among the celebrities attending the event was humorist Will Rogers. He dubbed it the “Powder Puff Derby” and the race is still known by that name.

Pancho Barnes, born Florence Lowe to socialite Pasadena parents, went with her grandfather to the first national Aviation Meet held in Dominguez Hills in 1910. He told her that someday she would be able to fly and she believed him. The adventurous and self-named Pancho became the first woman stunt pilot in Hollywood and flew in Howard Hughes’ film “Hell’s Angels.” She organized the stunt pilot’s union, was a founding member of the Ninety-Nine’s, a close friend of Chuck Yeager, and a test pilot herself. In 1930 Pancho challenged and beat Amelia Earhart’s speed record of 184 mph, flying her beloved plane, the Mystery Ship, at 196 mph.

It was the golden age of flying in America. It was the time of Lucky Lindbergh and the Spirit of St. Louis and America was in love with flying and fliers. Pancho Barnes exemplified the spirit of adventure and the daring of the early aviators. Airplanes were the stuff of dreams. There were no commercial passenger planes. But all that was about to change.

The same year Pancho and her grandfather went to the Aviation Meet in Dominguez Hills, Donald Wills Douglas (1892-1981) was in Virginia, watching as Orville Wright qualified the Wright Flyer for the U.S. Army. Douglas wanted to know everything there was to know about planes, but he never learned to fly one. That didn’t stop him from designing and building some of the most famous airplanes of the 20th century at his company, Douglas Aircraft, located in Santa Monica, California.

Douglas came to Los Angeles in 1920, rented his first office on Pico Blvd. and formed the Davis-Douglas Company to build the Cloudster for Davis. When the Cloudster didn’t fly as expected, Davis left the company and Douglas continued as the Douglas Aircraft Company.

Under contract to the Army Air Corps, Douglas Aircraft debuted the open-cockpit Douglas World Cruisers, the first planes designed to circumnavigate the globe. The first four World Cruisers took off in March of 1924 from Clover Field (Clover Field was the original name of Santa Monica Airport, in honor of WWI pilot Lt. Greayer Clover).

In September of 1924 two of the World Cruisers completed the 28,945 mile journey. More than 200,000 people were at Clover Field to watch them land and to celebrate.

Douglas aircraft went on to build mail carriers, army cargo planes, medical evacuation planes, and even the first successful plane that could take off and land on water, the Douglas Dolphin.

Then, in the 1930’s, came the Douglas Commercial (DC) planes: the DC-1, a 12 passenger plane, followed by the transcontinental, 14 passenger DC-2, and the iconic, 21 passenger DC-3. Before the beginning of WWII more than 800 DC-3 airplanes were flying in the U.S. Built in Santa Monica, these planes first flew out of Santa Monica Airport. The DC planes led the development of the national aircraft industry and the City of Santa Monica changed to accommodate the new industry.

A sign Douglas had posted at the DC-1 construction site in Santa Monica read, “When you design it, think how you would feel if you had to fly it! Safety first!”

WWII transformed the airline industry and Douglas Aircraft was at the center of that change. Douglas became President Roosevelt’s go to man for warplanes. Thousands of warplanes took off from the Santa Monica Airport on their way to join the U.S. and Allied Air Forces.

During WWII Santa Monica Airport was hidden under a raised “town” with houses, streets, trees, and farms with barns and animals. Movie studios became part of the war effort and created the camouflage to protect the airport from being visible to enemy aircraft from the air.

Donald Douglas was a brilliant engineer and a visionary person. He built a company that changed the world and the world recognized his contributions.

She is also portrayed in “The Right Stuff” a 1979 book by Tom Wolfe about the U.S. manned space program and in the 1983 film “The Right Stuff” based on the book (http://en.wikipedia.org/wiki/The_Right_Stuff_%28film%29)

Donald Douglas has been memorialized in the Wilbur H. Morrison 1991 biography, “Donald W. Douglas: A Heart With Wings” and in a PBS series (www.pbs.org/kcet/chasingthesun/companies/douglas.html).

For more information and for Greayer Clover and his writing, visit http://www.ourstory.info/library/2-ww1/Clover/SuzanneTC.html.