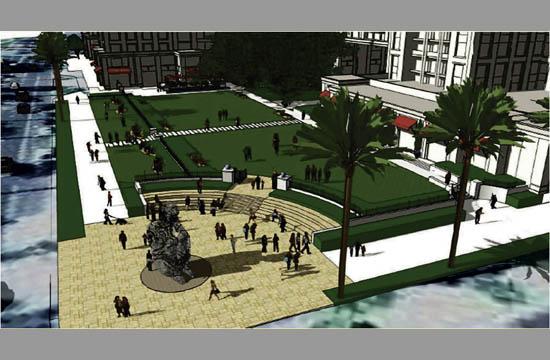 (On Tuesday) night, despite passionate testimony from our growing coalition calling for basic fairness, the City Council did not take the immediate opportunity to reduce the size of the massive Miramar Hotel expansion plan. However, although the Council authorized staff to proceed with a development agreement with the Miramar developers, it made clear that it was not approving the project’s proposed massive size and scale, but was deferring that decision until later in the process.

The Planning Commission, at its float-up in February, asked the developer to come up with an alternative plan with less massing. The Chair of the Planning Commission testified to that fact, and was clearly troubled by the developer’s failure to be responsive. Yet, the four so-called options brought forward by the developer didn’t reduce the size by a square inch. This despite, the fact that the developers have failed to demonstrate that an alternative project that would minimize impacts to the community, is not feasible. The coalition believes a true revitalization of the hotel – bringing it to a five star standard – can be accomplished without demolishing the tower and by adding limited development within the city’s height and density limits.

Through testimony, the developers claimed that a straight-forward hotel renovation just wouldn’t “pencil out” because their purchase price, combined with the cost for the massive development they are proposing would require about $250 million in revenue from up to 120 multi-million dollar condos to finance the hotel expansion. Some of the Council members and staff clearly acknowledged that the massive size of the condominium project, including a reduction in hotel rooms, was only required in order for the developer to make a quick return on the project. Yet, they moved the monstrous 560,000 square foot project forward despite the fact that it also violates the recently passed LUCE by grossly overbuilding on the site.

We continue to call on the developers and the City to analyze a revitalization option that would comply with the existing Santa Monica height and density limits and avoid extensive demolition of the existing hotel. The good news is that the process is far from over. And it’s not clear that, despite moving the project forward that the Council will ultimately approve the massive size of the project. There’s a fundamental question that will be answered as the environmental review process proceeds: will the city support its land use laws and protect its residents or work to provide financial benefits for developers who are looking to make significant revenue from a massive development project.