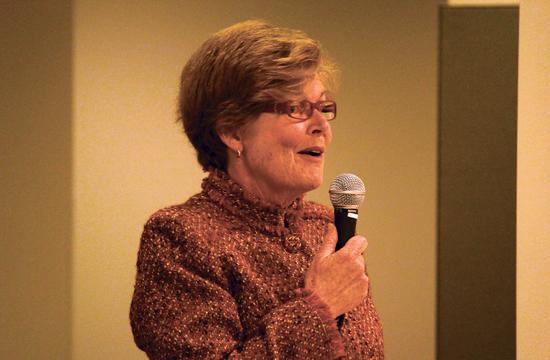 Two of the three democratic candidates for the newly-created 50th Assembly District, which includes the City of Santa Monica, were not present at a Santa Monica for Renters’ Rights (SMRR) meeting on Sunday to make a case why one of the City’s most influential groups should endorse their respective candidacies to represent the area in Sacramento.

The one candidate who did show – Torie Osborn – overwhelmingly claimed the SMRR endorsement on March 25 at The Church in Ocean Park.

Santa Monica Mayor Richard Bloom and Assemblywoman Betsy Butler claimed there was not proper notice advertising the SMRR meeting as one where a candidate would officially be endorsed.

Bloom called it politics as usual and stated, through a representative at the meeting and via a press release, that his absence was in essence a protest against SMRR’s apparent lack of “fairness.”

“The actions of a select group of SMRR members leading the effort to endorse a candidate without SMRR’s traditional transparent process mirrors the dysfunction of Sacramento and are exactly the kind of conduct that voters are fed up with,” Bloom said.

Endorsed by SMRR in his five most recent contests seeking a seat on the Santa Monica City Council, Bloom said he is seeking the assembly seat to “help restore the public’s confidence in Sacramento by offering progressive leadership, accessibility to my constituents and transparency in our decision making process.”

SMRR Executive Board member Barry Snell spoke to the group’s members on behalf of Bloom, reading a prepared statement by the mayor as to why he politely declined to attend Sunday’s membership meeting.

“Today’s meeting was never advertised as an endorsement meeting,” Snell read from the prepared statement.

A representative from Butler’s campaign also addressed the membership, hailing her as a “voice of the voiceless.”

Still, the SMRR membership convincingly threw its support behind Osborn, with 57 of the 85 votes cast favoring the “community organizer with an MBA;” Bloom finished second with 15 votes and Butler garnered the support of 12 members. One member cast a blank ballot.

Advertising herself as a grassroots activist, Osborn said the endorsement, which is one of the most sought after and among the strongest a candidate for any office to attain, is fitting as she campaigns to represent her hometown in Sacramento.

“Santa Monica for Renters’ Rights is a political powerhouse in my hometown, and the lifeblood of Santa Monica’s progressive urban vision,” Osborn said. “This endorsement is another signal of my campaign’s growing grassroots strength and momentum. I am deeply grateful to have their support and stand in solidarity with their platform of defending rent control, ensuring affordable housing, and maintaining fairness and dignity for renters. If elected to the Assembly, I plan to fight for those goals.”

She also added that “job creation, education, environmental protection, and affordable health care for all” are also part of her platform.

In a statement released by SMRR, Co-Chair Patrician Hoffman said she believed Osborn shared many of the same beliefs as the active housing organizations.

“Torie stands shoulder-to-shoulder with us in our mission to protect renters,” Hoffman said. “She isn’t just a resident of Santa Monica or a politician running for another office, but, rather, she’s a homegrown leader who recognizes that the growing gap between the rich and poor, not just in Santa Monica, but all across California, needs to be fundamentally reformed.”

To date, Osborn has earned numerous individuals, groups, and leaders. The entire list of Osborn’s endorsements may be viewed at http://torieosborn.com/endorsements.

Osborn, a first-time candidate for political office, reported last week that she has raised about $630,000 toward the June 5 primary.