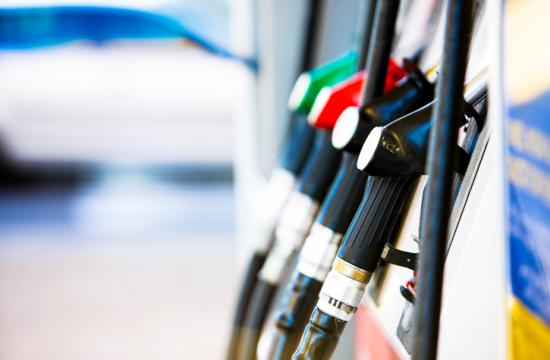 It was not the skyrocketing price of fuel that convinced council members to unanimously adopt an ordinance banning all gas stations within the City of Santa Monica at its special meeting held on March 32.

Instead, council members and stakeholders alike argued the elimination of gas stations helped the City look prettier and helped establish the coastal municipality as a safe haven for preaching progressives and egotistical elitists.

As part of the ordinance, every Santa Monica resident who owns or leases a vehicle that runs on gasoline will no longer be able to possess the oily contraptions by April 30.

Active members of the Santa Monica Armed Citizens with Pitchforks and Flames will be enforcing the ordinance on behalf of City Hall.

Residents have until June 1 to dispose of their gas-guzzlers and instead obtain an electric vehicle, a bicycle, a skateboard, or a monthly Big Blue Bus pass.

All parking stalls in the City will now come equipped with charging stations and padlock-friendly stumps for bicyclists.

“We truly are the best City in the world, and the fact we have eliminated all gas stations here in Santa Monica is a true testament of how green and clean we are,” Mayor Suzy Spineless said in joining her colleagues in the unanimous vote.

“We can finally cease to be dependent upon oil, both foreign and domestic,” Spineless added. “Other cities, states, and even nations will be looking upon our actions

tonight and hopefully will not be too far behind in ridding their respective locales of these hideous gas stations.”

Interestingly enough, it is uncertain how the new law will impact airplanes flying out of Santa Monica Airport (SMO), all of which rely upon gasoline to fuel its engines.

The new law only applies to vehicles.

It was an interesting point that resident Joe Schmoe said council members should not overlook.

When Council member Vick Toree quickly intervened and asked if Schmoe was referring to the Expo Line, the Ocean Park resident bit back and said “No! Flying cars are coming to town! Didn’t anyone here watch ‘Back to the Future Part II’”?

Toree retorted that any flying cars that run on gasoline would not be allowed in Santa Monica anyway as the new law was broad enough to address Schmoe’s concerns.

Mayor Pro Tem Hard Li Heer, a champion of environmentally friendly legislation and the leading force behind the conversion of the City’s public restrooms into fertilizer dispensaries, applauded the gas station ban as a major victory for snobby leftists and hipsters.

“Very soon, we will be wondering how we were excited about allowing people to drive solo in carpool lanes if they owned a Prius,” Heer pompously said. “In no time, the whole world will realize what great geniuses we are here in Santa Monica.”

Representatives from the gas lobby were on hand at Council Chambers to protest as council members deliberated the proposed ordinance.

Oil Slicked Birds CEO and President Jimmy “Octane” Gloss said if Santa Monica approved the new ordinance, it would have a direct impact on the entire Gross Domestic Product of at least 10 Middle Eastern kingdoms, all of whom were prepared to declare war on Santa Monica as soon as the first gas station was shut down.

“A few sheikhs will not be able to afford their Audis made of pure silver,” Gloss said.

“The ripple effect is tremendous. The local aftermarket auto body shops, car detailers, drivers, employees at gas stations, those who keep the driveway free of dirt so the car can stay clean when it drives in, all these people are out of work if you pass this law.”

Those on the dais laughed off Gloss’s statements, and about 45 seconds later they unanimously voted the gas station ban into law.

According to the new law, all gas stations must be shut down and completely destroyed by April 30. Noncompliant stations will be arrested and forced to watch a

No word from the gas lobby as to whether they will carry through on their declaration of war against Santa Monica, but at least one council member did not seem

“Those missiles, guns, bombs, artillery, and military vehicles are all gas operated,” Council member Dick Liddle said. “None of those things will be allowed into this city with passage of this law. We’ve really built quite the defense here.”