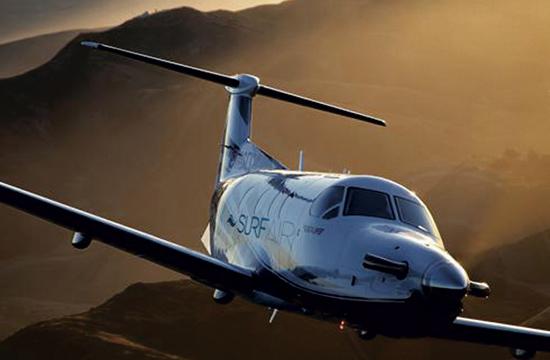 The fun was over before it really ever started – at least for those special few who could afford the monthly fees to fly Surf Air in and out of Santa Monica Airport (SMO).

Thanks in part to the steady flow of general resident opposition to SMO’s operations, Surf Air does not intend to establish a residence at the local airport. It appears to be a case of a group not wanting to do business in a place where it is not welcome.

Surf Air CEO Wade Eyerly told The Mirror that many have lobbied the unique airline, which charges its members between $790 and $1,490 per month for all-you-can-fly reservations, to not offer its services at SMO.

“We would love to be in Santa Monica,” Eyerly said. “There’s clearly a minefield (against the airport) and we don’t want to step into it.”

Though based here in Santa Monica, Surf Air is now looking at other Southern California airports to offer its first-class-style service.

“We like to use an executive airport. We want to be sure there is enough infrastructure (such as car rental, hotels, freeways, etc.). We’re still shopping at some airports,” Eyerly told The Mirror, adding he expects the Federal Aviation Administration (FAA) approvals to be secured in time for Surf Air to start taking off this summer.

Eyerly added he sought to operate out of SMO because he believed the airport was in close proximity to a population that both flies regularly and fits Surf Air’s demographic.

“This is a great area with great weather. It’s a good demographic where a lot of our potential subscribers live. It’s a great airport, it’s historic,” he told The Mirror. “But there are a lot of homes in the area and the residents with very vocal.”

Martin Rubin, who has been a leading voice in opposition of SMO as a member of Concerned Residents Against Airport Pollution (CRAAP) said while the resident concerns against both Surf Air and the airport as a whole were “pretty obvious,” he respects the private airline‘s decision to fly out of another location.

“I commend them for considering how they would affect the surrounding community. That has not been the case historically,” Rubin told The Mirror. “Santa Monica Airport is unique in how close it is to residential neighborhoods. So it should be treated uniquely (in how its operations are managed). People are not anti-airport, they are not anti-aviation, they are just anti-Santa Monica Airport.”

Pointing out that Surf Air’s fleet – which may have as many as eight or nine daily flights out of Southern California – feature softer engine sounds than other aircraft flying out of SMO, Eyerly said the subscription-based airline would have brought more jobs to Santa Monica had they ultimately decided to remain local.

“We employ a lot of people,” he told The Mirror, adding Surf Air would directly add 30 new jobs into the economy for every two airplanes it builds. “We would bring those jobs here.”

Still, Eyerly believes Surf Air would have been a boom for both SMO and local residents, adding that not only is there a market here for its unique services but may also help make a case to keep the airport operating beyond 2015.

In 2015, the agreement between the City of Santa Monica and the FAA is set to expire; City Hall, which owns SMO, has not ruled out closing the airport down completely – assuming it has the power to – once the lease expires.

A membership-only private airline, Surf Air anticipates jet-setting in and out of local airports across the United States starting this Summer, though current plans only feature routes within California.

The inaugural service flies from the Los Angeles area to Palo Alto with stops in Monterey and Santa Barbara along the way. Immediate expansion plans, according to the airline, will see service offered in Lake Tahoe, Las Vegas, Napa Valley, Palm Springs, Sacramento, and San Diego.

“We’ll continue to plan expansion based on our member input and traveler demand for popular business and recreational traveler routes such as the Eastern corridor, Pacific Northwest, Texas, Florida and even international destinations,” the Surf Air website elaborated about expansion plans in 2013 and beyond.

Surf Air operates a fleet of eight Pilatus PC-12 aircrafts, which seat eight and is “an executive interior providing all the comforts of the ultimate first-class travel experience.”

The Surf Air website also describes its communal network of travelers as seeking a “better way to travel” and as an ideal way to fly for those who do want to avoid commercial aviation but cannot afford to claim an ownership stake in a personal aircraft.

“We can get you to the Bay Area in 70 or 80 minutes while you buddy is still taking his shoes off at LAX,” he said.

Other member benefits includes travel on an executive-type aircraft, no lines at airports, no additional fees beyond the cost of membership, and, for founding members, unlimited complimentary guest passes.

Surf Air was founded by brothers Wade and David Eyerly as part of a 12-week program as an incubator at Mucker Lab here in Santa Monica. There, the duo received funding, legal advice, marking, mentorship, and office space.

Wade Eyerly was a former campaign aide to Vice President Dick Cheney, while David Eyerly served as a manager at Fronteir Airlines.

Airport Director Bob Trimborn was not available for comment on behalf of SMO at press time.