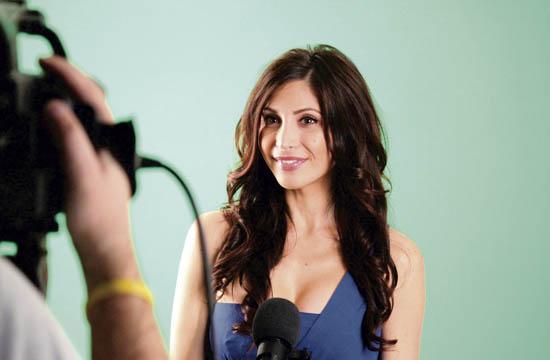 Already altering on the Web the way news is covered in Santa Monica, The Mirror announced this week the launch of its second weekly Web series to be produced at the news outlet’s studios. The new weekly video will debut online on May 3 at 5 p.m. and focus on lifestyle-themed stories in Santa Monica and the surrounding region.

Entitled The Seven Days Show, the three-minute weekly Web series will parallel many of the events, happenings, and stories already covered in The Mirror’s print publication Seven Days, a lifestyle section covering the arts, concerts, restaurants, theatre, and the like.

The show is to be hosted by Marley Mendoza.

Publisher T.J. Montemer said The Seven Days Show will highlight everything that is not hard news but instead delve into happenings across the Westside, such as art gallery exhibitions, fashion news, happy hours, live music, and restaurant reviews.

“People will be able to watch The Seven Days Show to discover where to find the hottest spots on the Westside,” Montemer said. “We’ll also highlight the coolest events happening both here in Santa Monica and the surrounding communities.”

Produced by The Mirror’s videographer, Spencer Lee, The Seven Days Show not only adds a new dimension to the media outlet’s online coverage of all things Santa Monica while staying true to print journalism.

“Watching The Seven Days Show allows Santa Monicans to keep their fingers on the pulse of what is going on in and around town,” Lee said. “It is also a platform for local businesses to showcase who they are.”

Look for The Seven Days Show on The Mirror’s website, smmirror.com, every Thursday at 5 p.m. starting on May 3.