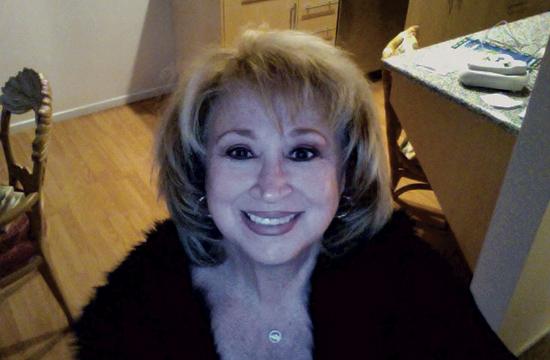 In 2003, Zager was editor of The Beverly Hills Courier when environmentalist Erin Brockovich turned up in 90210.

“She claimed that the oil well that sits on the property at the Beverly Hills High School on the playing field caused all sorts of cancers in former students and teachers and people in the immediate area,” Zager said. “She signed up 1000 people to go and sue the city, the school district, and the oil companies.”

Zager said that was all well and good except for one problem: there was no case.

“People were terrified because they thought they were poisoning their children,” she said. “I had a responsibility to really find what was going on over there and print the real science and the facts and not play into the hands of all of this trial lawyer hype that was going on.”

Zager investigated the claims and researched heavily and found there was no evidence to Brockovich’s claims.

“There was no correlation and at the end of the day after six years of legal posturing, the judge threw the case out of court,” she said. “The City got a summary judgment to find there was no causation and she wound up having to pay half a million dollars.”

The Los Angeles Press Club awarded Zager “LA Journalist of the Year” and “Best Investigative Series” for her reporting on the case in 2004.

As an environmentalist, Zager said she jumped at the opportunity when asked by a publisher to write a book.

“I decided to turn it around and take a bad situation which was the lawsuit that was very unfortunate and frightening to people, and I decided to turn it around and make it into a positive thing and make the book more environmentally orientated and showing communities what they should be doing to avoid these kinds of lawsuits and highlight these kinds of problems to make sure that nothing like this is happening within their communities,” she said. “It’s sort of like a self-empowerment book for the environment and how bad it is when you rely on federal agencies to do everything for you.”

She said the book examines various communities doing good for the environment and Santa Monica is highlighted through a piece on Heal the Bay.

“I wrote about Heal the Bay and how it started, I interviewed president Mark Gold, and I wrote about how just a few members in a community can be a force for a good and what types of steps you can take to improve the environment in your own community. I felt Heal the Bay was one of the best examples because it did start out just with one person.”

Her book was published in November 2010.

Zager said it’s become a valuable resource that’ll be used for years to come for teaching purposes and for lawyers to use it as an example of an environmental case.

“I hope it has some good information for people to make them aware that in their own community there are things they could be doing,” she said. “They should not depend on the government to do these things because the government cannot do it. They are busy with huge corporations and these smaller community situations that can arise fly right under the radar. It’s really up to us to police our own environment in our own areas. I just wanted to get that point across. Most people think ‘oh well we have this agency or that.’ Well, you know I’ll tell you why I did this is because that oil well at Beverly Hills High School sat there for 30 years and nobody ever tested it. It smelled and people complained about the odor all the time, but nobody ever went and called any of the agencies to test whether it was safe.”

She encouraged residents to attend the free talk.

“It’s entertaining,” she said. I have to tell you it’s truly an entertaining episode in our environmental history.”